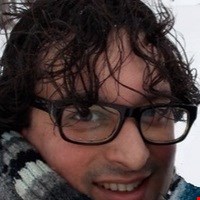 The aim of the proposed project will be to investigate the multi-sensory integration of light and sound information, i.e., the combination of processing in the visual and auditory systems, in children and young adults with developmental dyslexia.

Developmental dyslexia is a Specific Learning Difficulty, the prevalence of which is estimated to be around 10%, thus forming a large minority group.  This group face daily struggles with reading that lead to a number of additional undesirable outcomes, for example, poor job prospects and reduced self-esteem.

While decades worth of research has proved successful in identifying different forms of dyslexia the underlining mechanisms giving rise to developmental dyslexia are still not fully understood.  In-order for appropriate learning support that effectively meets the educational needs of this population a deeper understanding of these underlying mechanisms is vital.  It has been hypothesised that developmental dyslexia is primarily due to a deficit in phonological awareness.  However, this hypothesis cannot fully explain all the observed forms of dyslexia and additional competing explanations based on visual or auditory deficits have been proposed, see Stein (2018) for an up to date review.  Recently, there has additionally been interest in the study of the multi-sensory integration of incoming sound and visual information to explain the basis of dyslexia, e.g., Sela (2014).

The aim of the proposed PhD will be to employ psychophysical (i.e., behavioural) and EEG methods to systematically investigate cross-modal integration in school age and young adult populations with developmental dyslexia and compare them with healthy aged matched controls.  We will determine if measured deficits in the early visual system, for example, in pathways that process colour or luminance (brightness) information along with auditory deficits and finally the integration (for example visual and auditory binding) of these sensory systems can explain some of the underlying problems observed in developmental dyslexia, e.g., reading difficulties, and hence in-turn assist with informing individual remediation programmes.