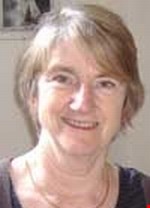 Dr Bryony Soper initially trained and practiced as a dental surgeon and was also an honorary demonstrator and practice tutor with University College London and the London Dental Schools. She later read PPE at Oxford University and became an administrator at SW Thames Regional Health Authority. Then from 1989-96 she was a health management consultant at Price Waterhouse, and from 1991-96 was seconded to the Department of Health to play a key role as Assistant Secretary in helping to build the new NHS R&D Programme. Since 1996 Bryony has been an independent health research consultant, and has worked increasingly with HERG and with RAND Europe.

She is an Honorary Professor at HERG and is involved in particular in the Payback stream of work where she draws on her extensive experience of both the health system and the health research system. Her research interests include evaluating developments in the health research system and quality improvement initiatives, and she has recently been co-applicant on a successful HERG-led application to the NIHR SDO Programme to conduct an evidence synthesis on whether engagement in research improves performance at various levels within the healthcare system.