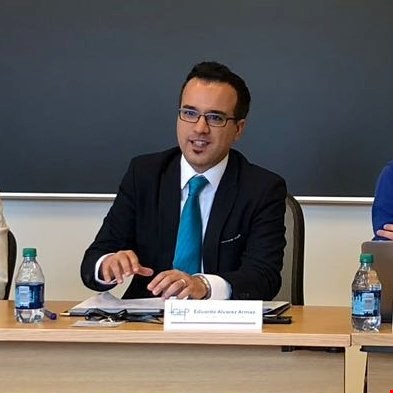 He is currently a member of the European Commission’s expert group against SLAPP (Strategic Litigation Against Public Participation); and, since March 2020, legal advisor to a Belgian NGO with a view to bringing climate litigation before Belgian Courts against a “Carbon Major” (One of the 90 corporations responsible for two thirds of all carbon dioxide emitted since the 1750s).

In recent years, he has been:

- Co-rapporteur (together with Prof. Marta Pertegás and Dr. Michiel Poesen) responsible for Belgium in the framework of an EU Commission Consultation on the reform of the "Rome II Regulation" (coordinated by the British Institute of International and Comparative Law; May 2020-April 2021);

- Researcher in charge of UN SDG 2030 number 13 (“Take urgent action to combat climate change and its impacts”) within the framework of “The Private Side of Transforming the World – UN Sustainable Development Goals 2030 and the Role of Private International Law”, a collective research project led by the Max Planck Institute Hamburg (2019-2021).

His PhD dissertation, "Private International Environmental Litigation before EU Courts: Choice of law as a Tool of Environmental Global Governance", dealt with the liability of transnational corporations for environmental torts under private international law, and has been awarded the 2016-2017 extraordinary award for the best PhD dissertation in social and legal sciences by the Universidad de Granada. An edited and updated version will be published by Hart Publishing in 2022 in its "Studies in Private International Law".

Prior to joining Brunel, Dr. Álvarez-Armas was a Research Associate at Queen Mary University of London, in a team led by Prof. Spyros Maniatis, Principal of Queen Mary´s "Centre for Commercial Law Studies".

Between 2011 and 2015 he was a research fellow in legal sciences to the Belgian National Found of Scientific Research (FNRS), appointed at the Université Catholique de Louvain. The FNRS fellowship, Belgium´s most prestigious research fellowship, is awarded every year to a reduced number of researchers in a nation-wide competition comprising candidates from all disciplines, faculties and Universities.

Dr. Álvarez-Armas has an extensive research and teaching experience on (commercial aspects of) private international law, international and European environmental law, global governance and the law of the European Union. He has had the opportunity to publish in various law journals and present his research in international conferences (even before his PhD was awarded), most recently at Harvard Law School (United States), McGill Law School (Canada) and Strathclyde University (United Kingdom). Moreover, the article he co-wrote in 2011 with Louvain´s European-Law Chair-holder, Prof. Stéphanie Francq, has been quoted by ECJ´s Advocate General Cruz-Villalón in his opinion in “Holterman”.

Additionally, as he is an "Abogado" (Spanish-qualified attorney) of the Ilustre Colegio de Abogados de Santa Cruz de Tenerife, he also has practising experience, notably in international civil and commercial cases, having worked for J&A Garrigues, Spain´s leading law firm.

Amongst other prizes, awards, and distinctions, Dr. Álvarez-Armas is also Honorary Lecturer at the Universidad de Sevilla (Spain) and Collaborateur Scientifique at the Université Catholique de Louvain (Belgium). He is, furthermore, member of the “Young EU Private International Law research network” (since 2019); and member of the editorial board of the Revue de Droit International et de Droit Comparé (since 2017).

- Masters on the Law of the European Union from the College of Europe (Belgium),