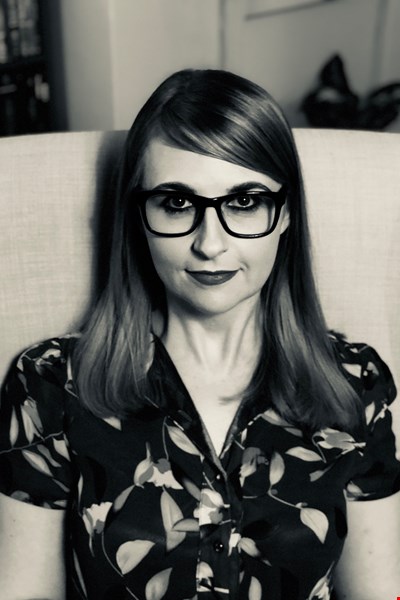 Helen Cullen is an Irish writer and academic living in London.  Helen worked at RTE (Ireland’s national broadcaster) for seven years before moving to London in 2010.

Her debut novel, The Lost Letters of William Woolf was published by Penguin in July 2018 in the UK, Ireland, Australia and South Africa and published in America by Harper Collins in June 2019. The novel is also available in translation in numerous foreign markets including Italy, Germany, Russia, Greece and Israel where it hit the bestseller charts. The Lost Letters of William Woolf has also been optioned for television by Mainstreet Pictures with the novel also garnering Helen a Best Newcomer nomination in the An Post Irish Book Awards 2018.

Her second novel, The Truth Must Dazzle Gradually, was published in Ireland and the UK and as The Dazzling Truth in the USA and Canada in August 2020 to great critical acclaim. It is also published widely in translation in numerous foreign markets.

Helen holds a B.A.Communicatons from DCU,  M.A. Theatre Studies from UCD, an M.A. English Literature at Brunel University and is currently completing a PhD in Creative and CriticalWriting at the University of East Anglia in October 2020..

She also contributes to the Irish Times newspaper as a literary critic and to the Sunday Times Magazine as a features writer.