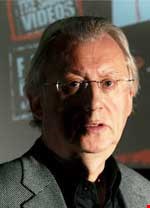 During his career, Julian has moved back and forth between working in the media and teaching about the media, and although he has been a full-time academic for the past twenty-six years he is still an active freelance journalist, now publishing mainly online in sites such as Open Democracy, The Conversation, and Inforrm. He is also a member of the editorial board of the British Journalism Review and of the advisory board of Index on Censorship. As a member of the National Council of the Campaign for Press and Broadcasting Freedom and a supporter of Hacked Off he actively campaigns for media which  are both free from restrictions which stop  them from performing  their proper social functions but, equally importantly, behave responsibly and display the same degree of openness and public accountability which  they habitually demand from other institutions. This work involves making numerous submissions to official enquiries of one kind or another (including the Leveson Inquiry), giving evidence to parliamentary select committees, liaising with like-minded civil society groups, and maintaining a high media profile. His most recent book is the edited collection Media and Public Shaming, and he has just completed his contributions to the new edition of the co-authored work Culture Wars: The Media and the Left in Britain, which will be published in 2018. Awway from the Journalism area, he is one of the principal editors of the Journal of British Cinema and Television, and actively involved in the Brunel-based Knowing Our Rights project, of which he was a co-founder.