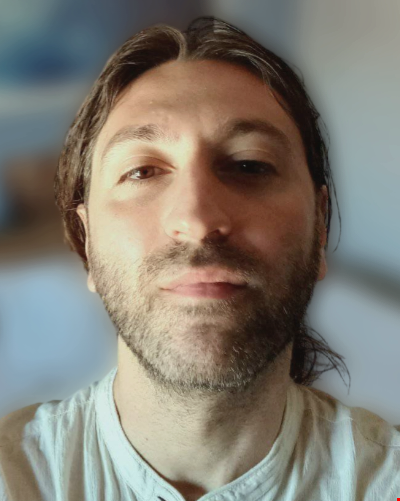 Dr Marco B. Carbone is a Lecturer in Intercultural Studies and the Research Lead for the Digital Arts Division. He researches in the areas of identity, play, and heritage, with a focus on their relations with traditional and digital games media and visual, material, and performance cultures.

Marco's work stems from an interdisciplinary training and research background encompassing ethnographic research, the sociology of culture, and media and cultural studies. He is particularly interested in the anthropology of play and cultural geography and in constructions and expressions of nationhood, regionalism, and ethnicity in areas that include the creative, heritage, and tourism industries.

He is also interested in interdisciplinary, collaborative research methodologies and in the applied use of media production and games design (including serious and educational games) for research, outreach, and cultural and social interventions.

Marco is a Member of research groups from diverse areas, including MECCSA, the Serious Games Society, and SIAC. He has held positions teaching cultural and media studies and social sciences at various universities, including University College London, the University of the Arts, London (LCC and CSM), and LSBU. His interdisciplinay background includes a BA and MAs in Communication Sciences (University of Bologna) and Publishing (SSSSUB/Centro Studi Umberto Eco) and a PhD in Intercultural Studies from University College London. Marco's doctoral research focused on the contemporary reception of antiquity and the impact of popular media on heritage and tourism policies in South Italy. During that time his interest shifted increasingly towards fieldwork methods, heritage, and collective expressions of identity. He was also involved in a Higher Education research project on attainment gaps among underprivileged students in the UK, and he worked as a Consultant in matters of Diversity and Intercultural Communication in the London area.

Marco has researched and published extensively about the multifaceted theme of Identity and representation in areas that include ethnicity and gender, nationhood and heritage, youth cultures, and diversity. Over the past decade, he has contributed consistently to the field of digital games studies as a Founding Editor of GAME Journal, as a Member of British and Italian chapters of DiGRA, by acting as a convenor for numerous international conferences on gaming and play, and by working as an Expert Evaluator for European Commission research councils.

His latest work includes a co-edited collection on the national video games industry in Italy, part of a broader ongoing project on Global Gaming, with a focus on media histories and cultural reception. His monograph Geographies of Myth and Places of Identities (Bloomsbury 2022) explores identity, heritage, and tourism from a transnational and ethnographic perspective, and he is conducting further fieldwork in Italy and England on play, festivals, and regional communities. Marco is currently working with Brunel's Institute of Communities and Society on British-Italian relations with a project on Italians in the UK after Brexit (Across the Channel) and curating a Special Issue on the representations of Italy's South for JICMS – Journal of Italian Cinema and Media Studies, for which he serves as a Member of the Editorial Board.