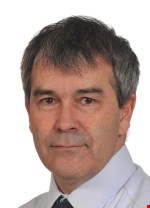 Chemicals in the Environment

With a population of over 60 million in the UK, we deliver to the UK water industry around 3.6 billion tonnes of sewage a year (1½ times the volume of Lake Victoria, the largest of all African lakes) – its treatment presents a huge challenge, exacerbated by the occurrence of often hazardous chemicals. With the addition of urban and agricultural runoff, controlling the water quality of our rivers is a challenge underpinned by meeting statutory standards.

Meeting these standards comes at a cost. Research at Brunel addresses wider issues, such as looking at how we might reduce the concentrations of chemicals in the environment at a time of increasing population and chemical use, alongside the need to reduce CO2 emissions. Alos, of growing interest, what are appropriate standards and control measures and how we might become more intelligent about how we use chemicals and dispose of them.

The toxicity of chemicals in the real world

At present, ecotoxicological studies to determine the concentrations at which chemicals exert a toxic effect are undertaken in pure laboratory water as an exposure medium. However, this water is not representative of that which is present in the environment, where rivers contain dissolved organic matter (DOM) which may reduce the bioavailability of chemicals. Rivers and streams vary widely in DOM concentration as well as DOM characters (e.g., aromaticity), and these features of DOM may produce variation in dissolved concentrations of many chemicals and also in their bioavailability. As a consequence, it is possible that toxicity of chemicals determined in the laboratory may be lower than is the case in the “real” aquatic environment, resulting in the derivation of environmental quality standards (EQS) which are perhaps over protective.

Two research students, Anna de Polo and Cyril Onogbosele are both looking at this topic, Anna investigating environmental factors influencing the toxicity of metals in esturaine environments, and Cyril studing how dissolved organic matter may influence bioavailability and toxicity of organic contaminants, such as PFOS, HBCD and EE2.

Working with the UK Water Industry, where there remains a requirement to understand how biological wastewater treatment may operated to achieve maximum removal of trace organic and metallic contaminants. At present, projects are focussed in two areas, related to efficiency of processes in removing metals and organic contaminants along with studies into the impact of ligands in influencing the toxicity of metals in wastewater effluents.

This work, being undertaken in collaboration with Dr Sean Comber at Atkins, is supporting and EngD student, Carlos Constantino and is funded by the EPSRC and Severn Trent Water plc through the Engineering Doctorate programme. It is focussing on the influence of organic ligands in wastewaters on the bioavailability and toxicity of metals, in particular copper, nickel and zinc. The objective of the work is to increase understanding of binding of metals to organic ligands and to influence the debate on the introduction of speciation based environmental quality standards (EQS).

Research being undertaken by Angelina Dominiguez-Chicas in conjunction with the UK Water Industry is evaluating methodology for assessing the hazard and risk associated with chemical contaminants in relation to indirect potable reuse (IPR) schemes. As part of the delivery of potable water, WHO guidelines now highlight the value of the water safety plan (WSP) approach. The project that Angelia is working on involves developing and applying methodologies to evaluate the risk posed by chemical hazards along the water supply chain as part of the WSP for indirect potable reuse schemes.

One of my research papers has been recognised by the International Commission of Agricultural Engineering and won the “Outstanding Paper Award” at the 2004 GIGR International Conference, Beijing, China October 10-14.