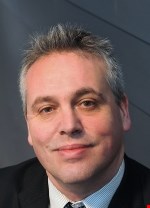 I am a business historian whose research focuses on the rise of large-scale organisations in Britain since the nineteenth century and their impact on business, social, cultural, urban and media environments. My earlier research looked at the history of clerical work in London and examined a number of areas such as the development of modern office work, the professionalisation of clerical work, the development of industrial welfare for office workers, including organisational sport and company magazines, and the marketing of suburbia to clerical workers. This research was turned into a radio show that was broadcasted on BBC Radio 4 and the World Service. My more recent research has looked at the rise of public relations, corporate communications and corporate branding in Britain in the interwar period. I have carried out research at a number of major British Corporations that include the Royal Bank of Scotland, the Prudential, Royal Dutch Shell, the British Broadcasting Corporation, Royal Mail and the John Lewis Group. In addition, I have written extensively on the history of company magazines, and have recently won a grant from the British Academy/Leverhulme Trust to study British company magazines from 1945 to the present. I have published two books, four book chapters and a number of journal articles in journals such as the British Journal of Management, European Journal of Marketing, Enterprise and Society, Business History, Management and Organizational History, The Journal of Urban History and The Journal of Macromarketing