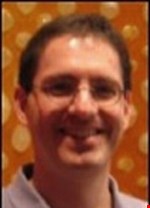 My research interests concern the cogntive and neural bases of human perception and consciousness. Specific research interests include cross-modal interactions and synaesthesia (a condition in which stimulation in one sensory modality is accompanied by experiences in additional, unstimulated senses). I am also interested in face perception and its disorders. Particularly, (1) Prosopagnosia – a condition in which individuals cannot recognise faces and may occasionally fail to recognise even close friends and realtives; (2) Prosopometamorphopsia – a condition in which faces appear distorted while other objects are not. The interest in such extraordinary perceptual symptoms and syndromes is also related to my interest in the neural correlates of consciousness (particularly, perceptual awareness).

The Attribution of Animacy and Agency to Inanimate Things in Synaesthesia

Conscious and unconscious olfactory processing in the human brain