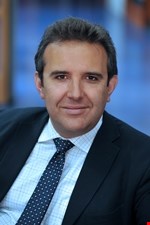 Dr Peter Petkoff is a Senior Law Lecturer at the Brunel Law School. He is also Director of the Religion, Law and International Relations Programme, a collaborative international research network at Regent's Park College, Oxford, and Managing Editor of the Oxford Journal of Law and Religion. He is Legal Consultant on Media Freedom and Freedom of Expression for the Representative on Freedom of the Media at the Organisation for Security and Cooperation in Europe, and has been a TEPSA consultant of the European Parliament as well as a consultant for the All Party Parliamentary Group on International Freedom of Religion or Belief at the House of Lords. Peter is involved in cutting edge research on the relationship between religion and politics and law and religion. In his capacity as Director of the Religion, Law and International Relations Programme at Regent’s Park College, Oxford, he brings together lawyers, theologians, philosophers, social and political scientists and aims to develop innovative interdisciplinary strategies for studying law, religion and international relations from legal and theological perspectives.

He is currently writing a book for Oxford University Press on Holy Sites under International Law.

Through his work, he engages with academics, policy makers, lawyers, religious leaders and think tanks working in the field of religion and public life. In addition to academic his work has had impact on policy makers and on the ways religious communities articulate their public self-perception and their attitude to law, civic values, secularism and to their own internal normative systems. He belongs to several international research networks which study the broader questions of law and religion and religion and politics. He has extensive contacts with human rights lawyers as well as with Jewish, Islamic and Christian lawyers working in this area.

At Brunel University he is a member of the Interdisciplinary Centre for Security and Intelligence Studies.