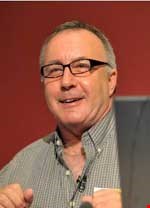 Philip Tew is Professor of English (Post-1900 Literature) at Brunel, and the Convenor of the MA in English Literature. Externally he is the elected Director of the B.S. Johnson Society, and joint Managing Editor of Symbiosis: a Journal of Transatlantic Literary and Cultural Relations. He is a fellow of the Royal Society of Arts and a member of the Royal Society of Literature. He acts as a member of the editorial advisory boards of both the Taiwan-based journal Concentric: Literary and Cultural Studies and the US-based journal, Critique: Studies in Contemporary Fiction. He has served as a member of the Peer Review Colleges of both the AHRC and ESRC. At Brunel he is also currently Director of the Brunel Centre for Contemporary Writing (BCCW) and the Hillingdon Literary Festival (HiLF).

Please note that prospective research students interested in being supervised by Prof Tew should also consult the Teaching/Supervision' tab of his webpage.