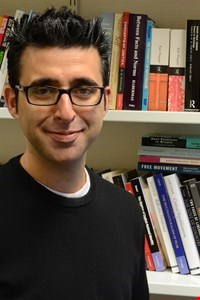 I did my doctoral and post-doctoral work at the University of Oxford and I am now Reader in Political Theory and Public Policy at Brunel University London. I am a political theorist of multiculturalism and my research has four related aims. First, I examine historically why political theorists began to focus on multiculturalism in the late 1980s and early 1990s; and I show how this change relates to broader changes in political thought in a number of countries. Second, I adapt, synthesise and then justify different contextual approaches to the political theory of multiculturalism so as to form my own approach. Third, I use this approach to show why and how the members of contemporary Western societies can become united enough to not fear their racial, religious and cultural differences as this will help to reduce the different forms of discrimination and exclusion that minorities often have to endure. Fourth, I use this research to inform policymakers and public debate; and promote reforms that my research justifies.

A symposium of articles in the journal Ethnicities is devoted to the significance and value of the research of my co-authors and I. My work has been used by the UK Cabinet Office and the Home Office, the UK Parliament, the Canadian Department for Citizenship and Immigration and the Australian Senate Committee for Strengthening Multiculturalism. My work also features in public debate as it is referred to in parliamentary debates, by the BBC, The Independent and Gazetta and by think tank researchers at Policy Exchange, The Runnymede Trust, The Dialogue Society and the Association for Canadian Studies. I have also won grants from the ESRC, The British Academy, the Canadian Social Sciences and Humanities Research Council, The International Council of Canadian Studies, the Indian Council of Philosophical Research and the Indian Council of Social Scientific Research.

Uberoi, V. (2020) 'Multiculturalism- a tradition of thought that liberal nationalists should use'. Nations and Nationalism. ISSN: 1354-5078 Open Access Link