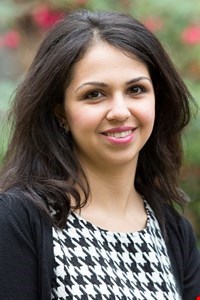 Following her PhD, she worked as a Research Associate in Imperial College London between 2010 and 2011 and then she joined the University of Surrey as a Lecturer in July of 2011. During her time in the University of Surrey, she supervised a number of PhD students, Postdoctoral researchers and Research Assistants working on experimental and computational biomechanics.

Her research focus is in the areas of functional morphology and movement coordination with applications in upper limb biomechanics, active ageing and animal locomotion.