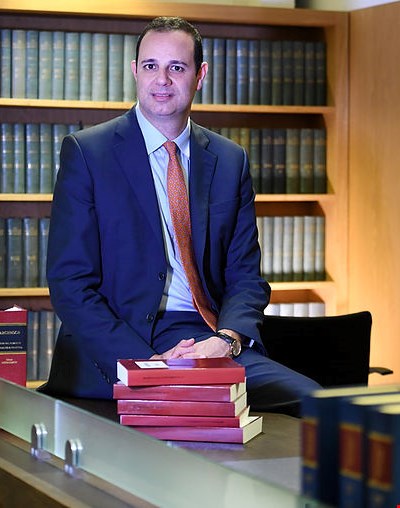 Arad was formerly a Senior Arts Scholar (2001-2003) and a Tutor at Pembroke College Oxford, where he taught law at 6 colleges at Oxford University between 2001-2005. He has also been a Visiting Lecturer at Oxford University (2005), a Lecturer at Warwick Law School (2005-2006). Arad also was a Visiting Professor of Law at Brooklyn Law School (teaching during Fall Tern 2012), a Visiting Scholar and the First Fellow at the Centre for Business Law, National University of Singapore (NUS) during March 2013 and a Visiting Professor of Law at NUS (teaching for the Faculty during August 2014). He is the recipient of numerous academic scholarships and awards and has written widely on shareholder remedies and directors’ duties.

Arad is the author of  Derivative Actions and Corporate Governance (Oxford University Press, 2007), the first book to provide a detailed and theoretical explanation of the law governing derivative actions ands sits on the Editorial Boards of the Journal International Corporate Rescue and the Journal of Corporate Ownership and Control, and is a contributing author to Annotated Companies Legislation (Oxford University Press).

Arad is currently a Member, ESG (Environmental, Social & Governance) Scoping Forum at the  Financial Markets Law Committeee (FMLC), Bank Of England. Between July 2016 to June 2021 Arad acted as a Member , Financial Markets Law Committee Advisory Group at the Bank of England on Brexit http://www.fmlc.org/brexit.html  and since 2014 an Invited Member, Radar Programme, Bank of England.