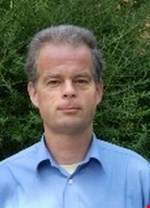 Christian Heitsch joined Brunel in 2008, having previously worked in private practice and higher education in Germany and the U.S. He still takes pride in having helped successfully challenge the planning permission for the Muelheim-Kaerlich nuclear power plant in Germany and lobby the U.S. Export-Import-Bank against providing guarantees for the export of reactor technology for the Temelin nuke in the Czech Republic. He has made submissions / responses to consultations to the UK Parliament, the European Parliament and the European Commission. As part-time advisor with a German law firm, he recently prepared a submission to an international supervisory body – the Aarhus Convention Compliance Committee –, alleging that German environmental law is incompatible with the Aarhus Convention about public participation and access to justice in environmental matters. He teaches Public, European Union and Environmental Law, making a point of using ‘stop-press’ recently decided cases and current events to illustrate the legal principles. His research focusses on Human Rights and Environmental Law. He is a member of the Brunel Centre for Intelligence and Security Studies (BCISS).