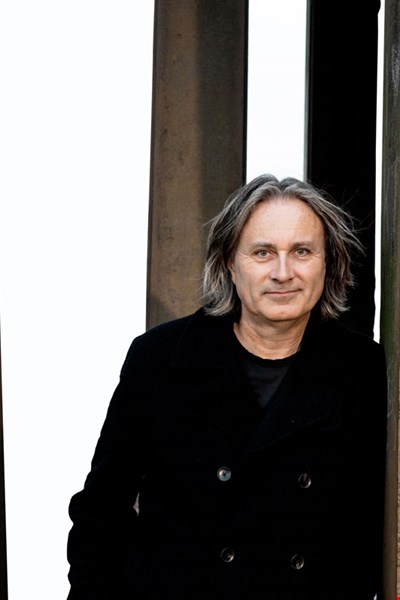 Colin Riley's music draws on a range of elements including new technologies, improvisation, song-writing and large-scale classical form. His work is difficult to categorize embodying a genuine integration of stylistic approaches.

His recent compositions include ‘Warp and Weft’ a concerto for 2 cellos (for Gabriella Swallow and Guy Johnston), ‘In Place’ (collaborating with 7 contemporary writers and singer Melanie Pappenheim), ‘Made 2 Resonate’ (a set of multi-sensory pieces), and ‘Rock Paper Scissors’ for Ensemble Bash. He is currently writing a violin concerto for Phillippa Mo, an orchestral work for the Helsingborg Symphony Orchestra, Sweden as part of their ‘Sustainable Music’, and creating a sonic installation with the research group ‘Catching A Wave’.

As well as releases on labels such as NMC, Metier, and Naxos, Colin also runs his own label Squeaky Kate with regular new albums each year. His latest release was ‘In Place’, with a new album of choral music due out in 2020.

Colin also creates work for his own two groups, the Homemade Orchestra and MooV, where he is composer and performer/director. Moov’s latest album ‘Here’ was recently described as ‘utterly unclassifiable’ (London Jazz Blog), and ‘criminally underexposed’ (Jazz UK).

Colin’s work has been performed by many of the UK’s leading music performers and groups including the BBC Symphony Orchestra, London Sinfonietta, Manchester Camerata, Smith Quartet, Gareth Davies, and Piano Circus. He has collaborated with diverse artists in the last few years including an album with drummer Bill Bruford, ‘Skin and Wire’ and two theatre projects ‘Nonsense’ and ‘Centrally Heated Knickers’ with the poet Michael Rosen.

He is a Senior Lecturer at Brunel University London, and has been a mentor for the Making Music’s Adopt A Composer Scheme since 2001. He writes a regular blog about composing called Riley Notes and his music is published by Composers Edition.