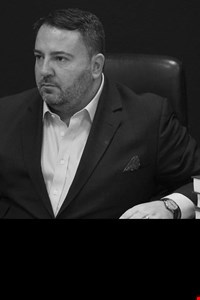 Professor David Rosen is a full academic Professor of Professional Practice at Brunel Law School, specialising in counter fraud and counter corruption in both civil and criminal disciplines.

He regularly lectures at Brunel every given Wednesday in terms 1 and 2.  When he is not lecturing, he runs a very busy and successful law firm in Bloomsbury, London in the fields of commercial litigation, divorce, and finance as an active solicitor-advocate in all proceedings.

He created, developed, and runs courses open to all students in the disciplines of advocacy, practical legal skills, and fraud examination.

Over a decade ago, he created and developed Brunel's pro bono surgery, recognising public demand for access to justice through free legal services and free legal advice, and for the students to gain invaluable experience dealing with the public.

From term 1, 2022 onwards, Prof. Rosen presents a new leavers' course open to all students at Brunel, to prepare students for the workplace, and will focus upon professional codes of conduct and standards and expectations of leavers in the areas of morals, ethics, scruples, and quandaries ('MESAQ').

He was educated at City of London School, London, EC4, and then attended Brunel University where he graduated in 1995 with an LL B (Hons).

He attended the College of Law, Store Street, obtaining his Legal Practice Course, and completed his training contract at Fuglers in the west-end of London, before being admitted as a Solicitor in January 1999.

He ran his own law firm in London, before accepting partnership as head of litigation at Darlingtons Solicitors for 17 years.  He was then General Counsel for Acupay System LLC, a non-fraud defendant caught up in a $2bn USD fraud claim brought by the Kingdom of Denmark's Customs and Revenue, Skatterforvoltningen, in which he successfully had the case struck out against Acupay.  Prof. Rosen now practices once more in private pracitce trading as David Rosen & Co.

He returned as an alumni of Brunel University in 2011, where he was engaged as a visiting associate professor of law, and then elevated to an hononrary professor, before being promoted to a full academic Professor of Professional Practice.  He is also regularly involved and a keen supporter of debating and mooting training and competitions where he is invited as a mooting Judge.

Professor Rosen has had a string of high-profile cases, and is an energetic blogger and twitter user, engaging in social media as a useful teaching and learning tool. He regularly appears in newspapers and on radio, and lectures internationally.