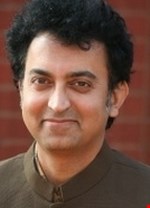 Javaid Rehman is a Professor of Law at Brunel University London.  He was formerly a Professor of Law at the Transitional Justice Institute, Ulster University (2002 - 2005) and lecturer and Senior Lecturer at the Law School University of Leeds (1996 - 2002). Professor Rehman is the former Head of Brunel Law School (2009 - 2013), Senior Manager, Member of Brunel Senate (2009 - 2013) and the founding Director of the Centre for Security, Media and Human Rights, interdisciplinary Brunel University Research Centre (2008 - 2015).  In July 2018, Professor Rehman was elected by the United Nations Human Rights Council as the United Nations Special Rapporteur on the Human Rights Situation in the Islamic Republic of Iran. Between 2019-2021, he acted as a member of the Coordination Committee of the Special Procedures United Nations Human Rights Office.

Professor Rehman has a distinguished academic career with considerable achievements: he has over 180 publications, which includes 20 authored, co-authored and edited books.  His magnum opus, International Human Rights Law (longman, 2010, pp. 1020) is regarded as one of the most authoritative and comprehmensive analysis of the subject.  His other books include Unravelling Religious Moralities (Hart Publishing 2022), Rule of Law, Freedom of Expression and Islamic Law (co-authored, Hart Publishing, 2018), Islamic State Practices, International Law and the Threat from Terrorism (Hart Publishing, 2005) and Terrorism and International Law (Co-editor, Oxford University Press, 2011).

Professor Rehman is the General Coordinating Editor and Editor-in-Chief of the Asian Yearbook of Human Rights and Humanitarian Law (Brill) and Routledge's Islamic Law in Context Series and Comparative Constitutionalism in Muslim Majority States.  He was previously the editor of the Asian Yearbook of International Law and the Journal of Islamic States Practices in International Law.  Professor Rehman has supervised 25 doctoral candidates and has examined over 150 doctoral candidates in various jurisdictions.

Professor Rehman has been a visiting Professor and external examiner at various leading institutions including Emory University (USA), International Islamic University (Malaysia), Oxford University, Belfast and Manchester University (UK). Amongst his over 200 public lecturers, Professor Rehman has addressed the senior judiciary in the UK, the Supreme Court of Pakistan and high-level policy makers and engaged with parliamentarians, diplomats and senior public officials including in the UK, USA, Sweden, Maldives and Malaysia.

Professor Rehman has received substantial research grants and funding for knowledge transfer: examples include funding from the European Commission under the 7th Framework Cooperation Programme during 2008-2010 as consortium partner for Euros:643.000.00 and as a member of the consortium of Ulster University (2003 - ), Law School Academics, with a grant of £4 Million for establishment of the Transitional Justice Institute at Ulster University.  Professor Rehman was a member of Arts and Humanities Research Council (2017- 2020) and has been assessor, inter alia, for the European Commission, Economic and Social Research Council and the British Academy (2018-2019).