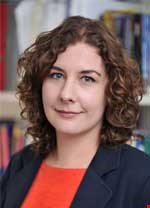 My research interests cover several aspects of contemporary European politics and policy. First, I am interested in the regional and spatial dimensions of European politics, including citizen relations across national borders, cross-border cooperation and regional development policy. Second, I have a broad interest in the way that politicians justify and communicate their ideas about political institutions and practices in party manifestos or parliamentary debates. Third, I am working on a collaborative research project that examines perceptions of politicians' ethical conduct in Britain, France and Germany. I have a special interest in Polish, German and French politics but am also interested in broader political developments in post-communist Europe.

My research has been funded by the ESRC, the British Academy, the Polish-German Science Foundation and the German Academic Exchange Service (DAAD).

Benjamin Klos; A comparative analysis of the Greek and Irish economic crises in a Varieties of Capitalism framework.