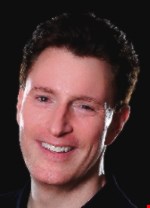 Matthew Daniels, J.D., Ph.D. was raised in a section of Spanish Harlem with the highest rate of violent crime in New York City. After attending inner-city public schools, he graduated Phi Beta Kappa from Dartmouth College. He later received his law degree and a Masters in Public Administration from the University of Pennsylvania Law School, and his Ph.D. in American Politics at Brandeis University. He serves as an Adjunct Professor of Law and founder of the Rule of Law Institute at Handong International Law School in South Korea and also serves as an Adjunct Professor at the Institute for World Politics in Washington, D.C.