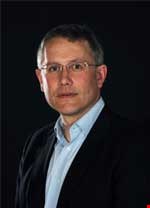 Matthew Hughes studied at the School of Oriental and African Studies and at the London School of Economics. He completed his ESRC-funded PhD in 1995 under the supervision of Professors Brian Bond and Brian Holden Reid in the Department of War Studies, King’s College London on the strategy surrounding the British campaign in Palestine in the First World War in Palestine. After working as an intern with the International Institute for Strategic Studies, Professor Hughes lectured at the universities of Northampton and Salford before coming to Brunel University in 2005, where he was Head of Politics and History, 2012-15. Professor Hughes has been a British Academy funded visiting fellow at the American University in Cairo, the American University in Beirut, and at Tel Aviv University. He spent two years as the Marine Corps University Foundation-funded Maj-Gen Matthew C. Horner Distinguished Chair in Military Theory at the US Marine Corps University, Quantico, 2008-10. His latest monograph on British counter-insurgency in Palestine in the 1930s entitled Britain's Pacification of Palestine: the British Army, the Colonial State, and the Arab Revolt, 1936-1939  (2019, paperback edition 2020) published with Cambridge University Press was a 'commended' finalist for the 2019 Society for Army Historical Research Templer Medal Prize, was long listed for the British Army Military Book of the Year 2020, and has been translated into Arabic by the Centre for Arab Unity Studies. He was the editor of the Journal of the Society for Army Historical Research (2004-8); he is a Fellow of the Royal Historical Society and a former Councillor and then Chair of Council of the Army Records Society (2014-18); he is a judge for the Society for Army Historical Research's annual Templer Medal prize (2003-4, 2007-8, 2018-); he is a JP and a Trustee of the Gurkha Centre; he sits on the editorial boards of the British Journal of Military History, International History Review, Open Military History, Journal of Maltese History and Middle Eastern Studies, and is a judge for the latter's annual Elie Kedourie Prize; he has been an external examiner at Strathcylde, the Joint Services Command and Staff College, King's College London, Sussex, Kent, Buckingham, Northampton, Cambridge and Wolverhampton; he was a Visiting Lecturer at the University of Buckingham, 2016-20; and he is currently an external examiner for the Higher Diploma awarded by Maynooth University Ireland to the Junior Command and Staff Course with the Military College, Irish Defence Forces, and for the BA International Relations, Politics and History at Loughborough University. He has supervised eight PhD students to completion and is currently supervising three doctoral students, and welcomes new research students interested in military history subjects.