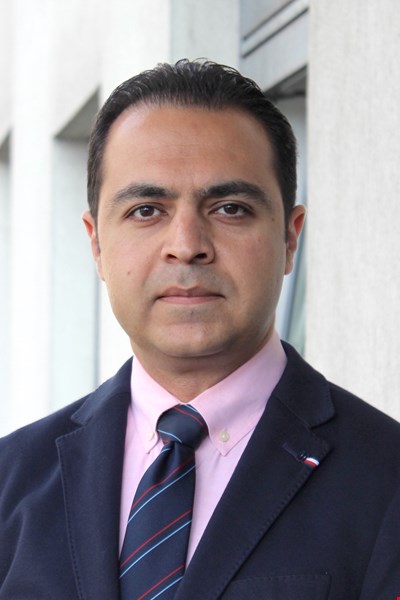 Dr Mohammad Nayyeri is a Lecturer in Law in the Public and International Law Division at Brunel Law School.

Mohammad gained his PhD in Law in 2020 at King’s College London. His thesis focused on the role of international legal practice in theorising human rights and engaged with general legal theories and contemporary philosophical approaches to human rights. Having previously studied law in Iran up to PhD level and qualified as Attorney at Law, he was awarded a Chevening Scholarship from the British Council and studied his second LLM in Human Rights at Birkbeck, University of London. He also obtained a Graduate Diploma in Law (GDL) at the University of Westminster.

Before joining Brunel, Mohammad worked as Lecturer in Law at the University of Kent and held visiting positions at the London School of Economics (LSE) and King’s College London where he taught a range of classes on public law, EU law, property law and jurisprudence. He also worked as Legal Advisor and Senior Associate at the University of Essex Human Rights in Iran Unit.

Mohammad has extensive experience of working with NGOs and has had conduct of cases and representations before international bodies and mechanisms including the UN Working Group on Enforced or Involuntary Disappearances and the UN Committee on the Rights of the Child, and national bodies including National Contact Points (NCPs) in business and human rights cases.

He has also been accepted by various judicial authorities including the UK’s Courts and First-tier and Upper Tribunals (Immigration and Asylum Chambers), as well as in other countries such as Canada, Australia, Norway and Sweden, as an independent expert able to give opinion on legal issues and conditions including in asylum and immigration cases.