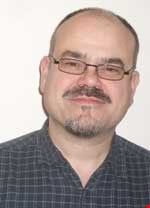 I am Professor of Modern and Contemporary English, Co-Director of the Brunel Centre for Contemporary Writing (BCCW), and Convenor of the MA in English. Formerly, I have successfully filled many roles including Head of English and both Director of Research and Director of Teaching and Learning for Arts & Humanities at Brunel. I hold a BA in Philosophy and Literature (Essex), a PGCE in Secondary English (Sussex), an MA in Critical Theory (Sussex), a DPhil (on George Orwell and Mass-Observation) in English Literature (Sussex) and a PGCert in Learning and Teaching in Higher Education (Brunel).

I am the author of Mass Observation and Everyday Life: Culture, History, Theory (2006, second edition 2010) and The Proletarian Answer to the Modernist Question (2017). I am co-author (with Philip Tew) of Ageing, Narrative and Identity (2013). I am the co-editor (with Aris Mousoutzanis) of The Science Fiction Handbook (2013), (with Philip Tew) of London in Contemporary British Fiction (2016), (with Esther MacCallum-Stewart and Joseph Norman) of The Science Fiction of Iain M. Banks (2018), (with Ben Clarke) of Working-Class Writing: Theory and Practice (2018), and (with Jennie Taylor and Philip Tew) of Growing Old with the Welfare State (2019).