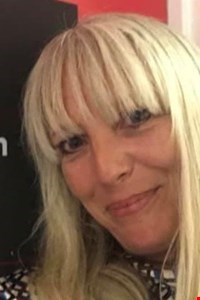 Rachel Sharp is a senior lecturer in Journalism here at Brunel. She is an experienced newspaper editor, and an award-winning multi-media journalist. Rachel's main areas of interest are social justice (or social injustice!), and politics.

She began her journalistic career as a trainee reporter working for her local newspaper. After passing her senior qualifications Rachel became a chief reporter for a large newsroom in London before being promoted to editor of three regional newspapers in west London. Before coming to Brunel to teach, she was a group editor for seven Newsquest newspaper titles across west London and north London.

Rachel has excellent contacts within the industry, and has received awards for video journalism, newspaper of the year, campaign of the year, and newspaper design. She is also a board member for Public Affairs (political reporting) at the NCTJ (National Council for Training of Journalists)

Rachel teaches many of the practical modules, including news and feature writing, video journalism and multi platform storytelling. She also specialises in reporting political journalism, and reporting social justice.