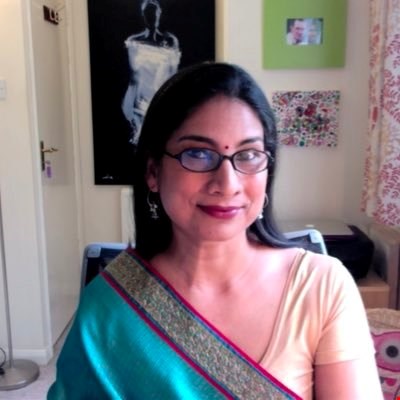 Royona is Professor in Dance and Performance Cultures and the author of Akram Khan: Dancing New Interculturalism (Palgrave, May 2015). Her book was awarded the 2017 de la Torre Bueno First Book Award by the Dance Studies Association (DSA) and it was runner-up for the 2016 New Career Research in Theatre/Performance awarded by the Theatre & Performance Research Association (TaPRA).

Royona served as a member on the REF2021 Sub Panel 33. She is one of the three Chairs of TaPRA (2022- ) alongside Drs Rachel Hann and Broderick Chow. She was elected as Secretary to join the Executive Committee for SCUDD (Standing Conference for University Drama Department) from 2013-2016. She was also an elected member of DSA’s (Dance Studies Association) Board of Directors (2018-2022), and a Working Group Convenor for the Bodies and Performance WG of TaPRA (2015-2018). She has served on the editorial board for DSA's Studies in Dance History series (2015-2018) and was a co-editor for the Training Grounds section of Theatre, Dance and Performance Training Journal (2015-2018).

Mitra, R. and Patel, J. (Accepted) 'Kathak is Always Already Queer: Jaivant Patel Dance and I Am Your Skin (2021)', in Purkayastha, P. and Banerji, A. (eds.) Oxford Handbook of Indian Dance.

Mitra, R. (Accepted) 'A Letter to Nahidji: On Dance as Protest', in Mock, R., Young, H. and de Guevara, VL. (eds.) The Routledge Companion to Bodies in Performance.