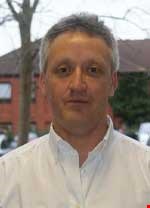 Dr Sean Holmes is Vice Dean International for the College of Business, Arts and Social Sciences and teaches in the Film and Television Studies programme. He graduated from Durham University with a degree in Modern History. He went on to complete an MA in American History at Bowling Green State University, Ohio and a PhD in American History at New York University. He has published extensively on the politics of cultural production in the United States, focusing in particular on trade unionism in the early twentieth-century American theatre and the regulation of actors’ labour in silent-era Hollywood. His monograph Weavers of Dreams, Unite!: Actors’ Unionism in Early Twentieth-Century America will be published by the University of Illinois Press in early 2013 to coincide with the centenary of the founding of the Actors’ Equity Association, the union that represents American stage actors. He co-edited (with Andrew Dawson of the University of Greenwich) Working in the Global Film and Television Industries: Creativity, Systems, Space, Patronage (London: Bloomsbury Academic, 2012), an interdisciplinary collection of essays on the experience of working in film and television production which Professor Steven J. Ross of the University of Southern California described as ‘the most wide-reaching multinational study of its kind.’

In recent years, the focus of his research has shifted from the American entertainment industry to the British film and television industries. He has collaborated with Andrew Dawson and the BECTU History Project on a number of oral history initiatives and is presently working on a project on laboratory workers, a group of technicians whose skills have been rendered largely obsolete by digital technologies.