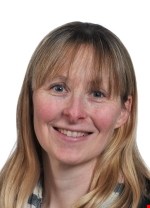 I was originally employed at Brunel as a research technician in the Fish Physiology Research group (as it was then) for 2 years, (1998-2000) under John Sumpter, where I was helping to developing a pair breeding assay for assessing the effects of estrogenic chemicals on fish.

After this I started my PhD (2000-2004) entitled 'Pharmaceuticals in the Environment: The effects of Clofibric acid on fihs.' In which I was examining the effects of a lipid lowering drug metabolite (Clofibric acid) on fhis. Some of the results can be seen in my publication in Aquatic Toxicology:

Whilst working on my PhD thesis I was also involved (December 2003 - September 2004) in a large EU grant project: 'ACE', where I was covering a Post doc position (Dr Cath Harris who was on maternity leave). The project aimed to contribute to the hazard assessment of endocrine disrupting chemicals by analysing the response of biological systems (both in vitro and in aquatic species in vivo) to mixtures of xenoestrogens.

From October 2004 - May 2007 I was involved in another big EU funded grant called EDEN - where I was trying to develop a biomarker for detecting estrogenic chemicals in the aquatic environment, (by making an estrogen responsive glowing fish).

From March 2007 - November 2008 I was been involved with the EDCAT project, (Endocrine Disruption in Catchments). This is an inter-disciplinary research programme designed to measure the effects of endocrine-active pollutants on fish populations. http://www.ceh.ac.uk/science/EDCAT7.html

A new project I am involved in (Nov 2008 - ) is looking into the effects of progestogens on fish, a grant funded by DEFRA: Intelligent Ecotoxicology: Synthetic progestogens as a test case.