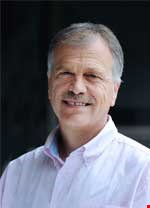 Dr Vassil Girginov is Professor in Sport Management/Development. Previously he has worked as advisor to the Chairman of the Bulgarian Sports Union, on the Sofia bids for the Winter Olympic Games and in higher education institutions in Bulgaria and Canada. He has been researching the sports development legacy of the 2012 London Olympic Games and the relationship between the culture of national sports governing bodies and participation in sport. Vassil is the editor of the two volume collection on the London 2012 Games published by Routledge, and is also an Executive Editor of the 2012 Routledge Special Olympic Journals Issue that involves some 40 journals from a range of academic disciplines. Vassil’s current research projects include: ‘Creation and transfer of knowledge within the Sochi Organizing Committee of the 2014 Winter Olympic Games’ (supported by the Russian International Olympic University), and ‘UK National Governing Bodies of sport leveraging of the London Olympics for capacity building’. His research interests, publications and industry experience are in the field of Olympic movement, sport development, comparative management and policy analysis. His most recent books include Sport Management Cultures (Routledge, 2011), The Olympics: A Critical Reader (Routledge, 2010), Management of Sports Development, (Elsevier, 2008), The Olympic Games Explained (Routledge, 2005, the book has been translated in 5 languages) and Handbook of the London 2012 Olympic & Paralympic Games (Vol. 1 & 2 - 2012-3).

Dr Girginov is Visiting Professor at the Russian International Olympic University,  the University of Johannesburg and the KU Leuven.

Professor Girginov is the President of the European Association for Sport Management.

I am the programe lead of the joint Sport Business Honours degree and am also responsible for the delivery of two modules at level one and three respectivelly.