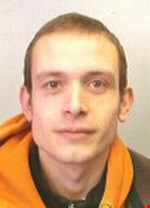 Will received his PhD from the University of Manchester in 2008. His thesis was based on eighteen months of ethnographic fieldwork on the island of Panapompom in southeast Papua New Guinea (PNG) between 2004 and 2006. His fieldwork focussed on young men, following their involvement in a newly established football association, and their work diving for the edible sea cucumber that local people make into bêche-de-mer – a luxury food for export.

His thesis has been published under the title, We are Playing Football: Sport and Postcolonial Subjectivity on Panapompom Island, Papua New Guinea by Cambridge Scholars Publishing. Will subsequently pursued ideas about the future in shaping social life. He recently edited a volume entitled Future Selves in the Pacific: projects, politics and interests published by Berghahn.

Since then, Will has developed a new research project in Rwanda, which considers the nature of power in relations to forms of personhood in the context of the motorcycle taxi business in Kigali. This is the subject of a number of his most recent papers, as well as a new monograph that he is developing