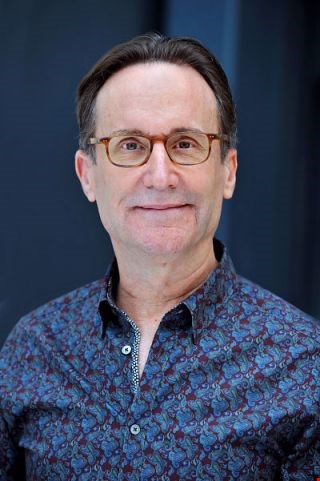 William J Spurlin is Professor of English and Vice-Dean/Education in the College of Business, Arts & Social Sciences. Previously, he was Professor of English at the University of Sussex, where he directed the Centre for the Study of Sexual Dissidence & Cultural Change for five years (2006-2011).  Professor Spurlin has written extensively on the politics of gender and sexual dissidence and is widely known for his work in queer studies. His monograph, Lost Intimacies: Rethinking Homosexuality under National Socialism (2009), uses queer theory as a hermeneutic tool with which to read against the grain of hetero-textual narratives of the Holocaust and as a way for locating sexuality at its intersections with race, gender, and eugenics within the National Socialist imaginary.  His book also challenges prevailing assumptions in the received scholarship that lesbians were not as systematically persecuted by the Nazis. The research for Lost Intimacies was funded by the Arts and Humanities Research Council (AHRC), and the book is widely cited and has been reviewed in such journals as Men and Masculinities; German Studies Review; International Review of Social History; and Zeitscrift für Geschichtswissenscaft.

Professor Spurlin’s research also investigates sexuality as a significant vector of social organisation and cultural arrangement in colonial and postcolonial Africa.  His earlier book, Imperialism within the Margins: Queer Representation and the Politics of Culture in Southern Africa (2006), examines the politics of sexuality that emerged in South Africa’s transition from apartheid to democracy and analyses its effects in the region.  This work, funded by the US National Endowment for the Humanities, led to his theorisation of the racialisation of sexuality under the Third Reich, given that the framers of apartheid in South Africa visited Nazi Germany, in the years prior to the outbreak of the Second World War, to study Nazi eugenics and fascist hierarchies of race, which engendered, in both regimes, the policing of sexuality through the regulation of gender norms and racial policies.  Professor Spurlin has also co-edited, with Jarrod Hayes and Margaret R. Higonnet, Comparatively Queer: Interrogating Identities across Time and Cultures (2010), and he has written extensively on postcolonial/queer theory, African studies, queer translation studies, modern and contemporary comparative literature, and the biomedicalisation of sexuality in more than 50 essays in international journals and as chapters in volumes, most recently in The Wiley-Blackwell Companion to Holocaust Studies (forthcoming 2020), Journal of Medical Humanities (2018), Queer in Translation (2017), Research in African Literatures (2016), The Future of Postcolonial Studies (2015), Comparative Literature Studies (2014), and Studies in Ethnicity and Nationalism (2013).  He is currently writing a book on representations of sexual dissidence in new queer francophone life writing from the Maghreb.

Professor Spurlin has given invited lectures on his work in queer Holocaust studies across New Zealand at universities, the Auckland Museum, and the National Library in Wellington sponsored by the New Zealand Holocaust Centre. He has given invited lectures in queer studies, postcolonial studies, and translation studies around the world in English and in French, most recently in South Africa, China, Australia, and across Europe and North America. He holds a Ph.D. in Comparative Literature from Columbia University. For the outstanding contribution of his research in queer studies to social science scholarship, Professor Spurlin has been named a Fellow of the Academy of Social Sciences (2017) and Principal Fellow of the Higher Education Academy (2016) in recognition of exceptional leadership and scholarship in teaching.

Professor of English, Department of Arts and Humanities, Division of English and Creative Writing