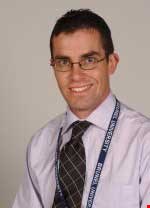 Andrew Green taught English in a variety of schools in Oxfordshire and London before becoming Head of English at Ewell Castle School, Surrey. He now leads the BA Education at Brunel University London. His research interests include literary education, the teaching of English post-16 and issues surrounding the transition between the study of English post-16 and at university.

'This unusual, detailed, and thought-provoking book will help students of English Literature come to grips with their studies and take a share of responsibility for their own learning. It thus has the potential to make a major impact on the way English is studied.' - Professor Ben Knights, Director, English Subject Centre

'I liked this book a lot - It covered a vast amount, ranging from applications and interviews, Preparatory exercises, through its materials that will prove useful when a student starts their course. Great sections on suggestions for group activities that instructors may find useful.' - Matthew Woodcock, University of East Anglia.

This timely and valuable textbook will be of enormous help to students and trainee teachers on a variety of courses and routes into the English teaching professio0n. Its crucial emphasis on the importance of theory and reflection as well as on practice represents a considered and powerful riposte to prevailing reductive approaches to English teaching in our schools. I will certainly be recommending it to my students. (Dr Andrey Rosowsky, Director of Initial Teacher Education, University of Sheffield)