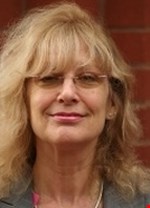 Claire is a trustee of the recently inaugurated Road Safety Trust that was launched in late 2015. The roles of the Trust are several. These include overseeing and supporting the work of its subsidiary not-for-profit company, the UK Road Offender Education (UK ROEd) that administers and manages the National Driver Offender Retaining Scheme (NDORS); supporting the work of the police in managing and developing re-education courses; and awarding grants to worthy road safety initiatives (see the Road Safety Trust website for application information). (NDORS offers a range of courses to minor traffic offenders for the purpose of re-education.)

She has been involved in external research collaborations with K. Beuret of SRA Ltd and H. Ward of UCL conducting an empirical study that followed up aspects of an earlier literature survey report into women and drink-driving. These complementary researches were funded by the Rees Jeffreys Road Fund and Direct Line Insurance Ltd. The report of the empirical study was launched in late 2014. Both reports can be freely downloaded from the Rees Jeffreys Road Fund website: http://www.reesjeffreys.co.uk/transport-reports/

Claire recently assisted the Transport Research Laboratory, Crowthorne, with a research project commissioned by the Department of Transport. It evaluated and reviewed post-court interventions for serious driving offences under s.36 of the Road Traffic Offenders Act 1988, and focused on the effects and effectiveness of these interventions, especially the extended driving test, on the attitudes, behaviours and reoffending patterns of offenders.

She was recently an academic advisor to the All Party Parliamentary Group on ‘Criminal Justice on the Roads’ convened by the charity RoadPeace.

A summary of her Brunel/PACTS conference paper on ‘Penalty Points and Disqualification Orders’ was annexed to the submission from the Parliamentary Advisory Council for Transport Safety to the government’s Transport Select Committee Inquiry into Road Traffic Law Enforcement (2015). It can be accessed here: http://www.pacts.org.uk/wp-content/uploads/sites/2/PACTS-Transport-Select-Committee-Inquiry-Evidence-Final.pdf

She presented an invited paper to the Metropolitan Police Service in April 2012 at Empress House in London on her research on disqualifying ‘totter’ drivers in their absence at London traffic courts and the implications of this practice for police. This has been available on the College of Policing’s public depository for research papers.