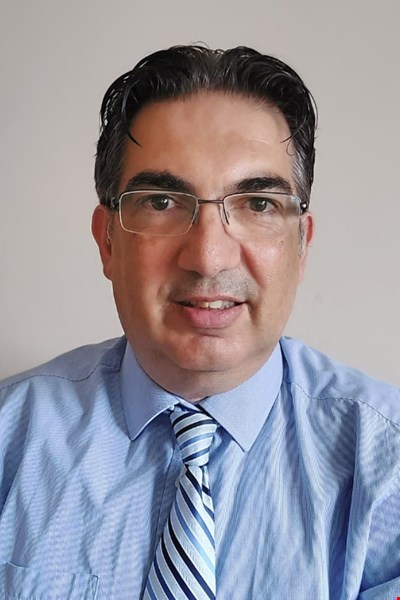 1. Use of liquid biopsies as diagnostic tool for ovarian cancer

2. Effects of Endocrine Disrupting Chemicals in human reproduction and cancer

3. Effects of stressors in human placenta

4. Development of biomarkers for rare tumours

Endocrine disrupting chemicals (EDCs) are environmental chemicals that interfere with physiological systems, adversely affecting hormone balance (endocrine system) and disrupting the normal function of organs heavily regulated by hormones, such as those of the female reproductive system. They include a variety of classes of chemicals, such as industrial by-products, pesticides and plasticisers. A common chemicals detected in human tissues is xenoestrogen bisphenol A (BPA), a plasticiser. BPA is present at levels that are 5-fold higher in the amniotic fluid than the maternal sera, due to its active transport across the placenta. Also, there is a positive correlation between BPA and miscarriages, and a link with the onset of preeclampsia; a leading cause of maternal and perinatal morbidity and mortality. Exposure to EDCs play a critical role not only in placentation but also in embryonic development and can impact later on in adult life.

Here, we propose the use of inter-connecting chambers 3D placental/umbilical cord/fetal cell models as platform to study how EDCs.  Therefore, during the 3-year PhD studentship we will:
Aim 1: Establish and validate a 3D in vitro model to study fetal-placental function. We will grow commercially available placental, umbilical cord and fetal cells on a 3D matrix of inter-connecting chambers.
Aim 2:  Study the effects of EDCs (e.g. BPA) using tanscriptomics and proteomics. Following treatments, we will investigate changes in the entire genome and proteome of these cells.
Aim 3: Ases the best biomarkers in terms of specificity and specificity for endocrine disruption in the feto-placental model. Using a combination of proteomic and transcriptomic arrays the most predictive biomarkers will be identified for EDCs.
All techniques are well established, so no caveats are anticipated.

Investigating the effects of surfactant proteins in ovarian cancer progression

Ovarian cancer is one of the most common types of cancer in in women; every year 7,000 women are diagnosed in UK. It is the second most common occurring in the reproductive tract and the fifth overall. It is associated with very high mortality; after 5 years typically less than one third of patients diagnosed are still surviving. The cure rate for women with ovarian cancer has not significantly changed over the past 10 years. Surfactant proteins are important for clearing pathogens, maintaining pulmonary homeostasis and survival. These proteins have been localised in various parts of the human reproductive tract, including the ovaries. Surfactant protein D (SP-D) has recently been implicated in cancer and has been reported to have an inhibitory role. Tumour cells can be affected by the inflammatory environment and that can have an effect on tumour proliferation and metastasis, thus making surfactant proteins’ role even more important.

We hypothesised that SP-D has a potential inhibitory role in ovarian cancer progression since it is expressed in various parts in the reproductive tract. The main objectives are:
1. Identify the effects of intrauterine tissue secreted proteins on cancer cell proliferation. For this, conditioned media from myometrial and endometrial cells treated with SP-D will be used to treat 3 distinct human ovarian cancer cell lines.
2. Study the effects of SP-D on gene expression of surfactant proteins and mTOR pathway components.
3. Elucidate the effects of SP-D on cell proliferation as well as apoptosis or involvement in any other cytotoxic or cytostatic events.
For this project we will employ a wide repertoire of molecular, cellular and biochemical techniques. All techniques are well established, so no caveats are anticipated.

Growth factors, like TGFbeta and PTHrP, play a role in tumour progression by modulating protein expression. However, little is known of how these external factors modulate the intracellular trafficking machinery to stimulate secretion of proteins such as SPARC.

The main aim of the project is to elucidate how aberrant growth factor signalling alters protein secretion. To investigate the effects of TGFbeta and PTHrP on SPARC secretion, we plan to use tumour cells and primary osteoblastic cells known to naturally express SPARC. We will study secretion of endogenous SPARC by immunoprecipitation as well as by measuring secretion of Green Fluorescent Protein-SPARC chimerae in response to treatment with TGFbeta and PTHrP. TGFbeta and PTHrP signalling most likely stimulates GTP exchange factors (GEF) that are specific for the small GTPases  of the ARF and Rab family. We will therefore study SPARC secretion before and after knockdown of selected GTP-exchange proteins with small interfering RNA.

This project seeks to investigate the involvement of Brk, a kinase over expressed in up to 86% of breast cancers, in regulating mTOR signalling in the development of Taxol resistance. You will examine the gene expression of mTOR components by real-time Q-PCR in Brk-suppressed and Brk-overexpressing breast cancer cells. Relative phosphorylation levels will also be determined using phospho-specific antibody arrays. To determine whether mTOR, is a Brk substrate, we will immunoprecipitate Brk and western blot for members of the mTOR pathway. We will also examine whether Brk influences the effects of mTOR inhibitors and whether combinations of Brk and mTOR inhibitors alter sensitivity to Taxol in Taxol-resistant cells.