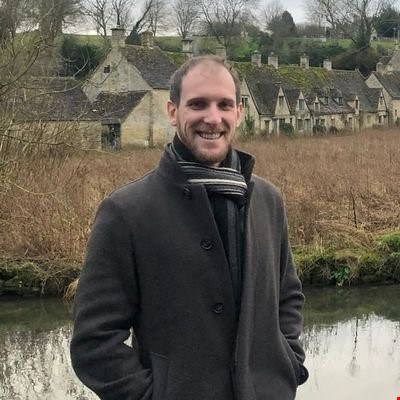 Eoin joined Brunel Law School in June 2022 as a Lecturer in Criminal Law and Criminal Justice. Prior to this, he worked as a Teaching Associate in Law at the University of Bristol Law School (2019-2022).

Eoin graduated with a PhD in Law from the University of Limerick in 2019. He also holds an MSc in Criminology and Criminal Justice from the University of Edinburgh and an LLB in Law from Griffith College Cork.  Eoin’s Research interests lie primarily in sentencing law and community sanctions. His PhD, which was funded by the Irish Research Council, involved an extensive examination of the Irish Community Service Order.

Eoin has published peer-reviewed articles in journals such as the Irish Criminal Law Journal, the Irish Probation Journal and the Common Law World Review. He has written a commissioned report for the Sentencing Academy on the Community Order (England and Wales) and has recently completed a study evaluating community service policies, practices and structures in Ireland (funded by the Irish Probation Service). Eoin was a Co-Investigator on the project along with Dr Louise Kennefick (Senior Lecturer in Law, University of Glasgow). He has presented at a range of national and international conferences and has also been invited to present his research on the Community Service Order at a sentencing seminar for District Court Judges in Ireland and his research on sentencing guidelines to the newly formed Irish Sentencing Guidelines and Information Committee.

Prior to beginning his career in academia, Eoin held two research positions. The first with the Irish Sentencing Information System, a body set up by the Judiciary to collect and analyse sentencing data and the second with the Commission on the Future of Policing in Ireland, a body set up by the Irish Government to conduct an extensive review of policing in Ireland and to make recommendations for the future of policing in the country.

Eoin was also a certified mediator and a member of the Mediators’ Institute of Ireland from 2014 to 2019.

August 2022 to July 2024: Eoin is currently a co-investigator on a research project titled: Exploring the Nature of Ethnic Disparities in Sentencing through Causal Inference. The project is funded by the ESRC Secondary Data Initiative and will be led by Dr Jose Pina-Sánchez, Associate Professor of Quantitative Criminology (University of Leeds). The project will use a new methodological framework that will test whether ethnic disparities in criminal sentences represent evidence of discrimination. Doing so will overcome a decades long impasse in the research of ethnic disparities in sentencing

Guilfoyle, E. (2021) 'The Community Order: A Review of the Sanction, Its Use and Operation and Research Evidence'. Place of publication: Sentencing Academy. Available at: https://sentencingacademy.org.uk/wp-content/uploads/2021/03/Community-Orders-3.pdf.