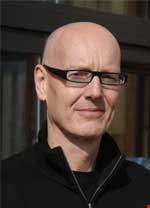 Geoff King has published numerous books, particularly focused on American independent, art and Hollywood cinema. He is a major authority on the American indie sector, with books including American Independent Cinema (2005), a pioneering work in the study of independent film, and Indiewood, USA (2009), the first academic analysis of the ‘Indiewood’ zone in which Hollywood and the independent sector overlap. He has also written books on the indie features Donnie Darko (2007) and Lost in Translation (2010) and a study of contemporary lower-budget indie cinema, Indie 2.0: Change and Continuity in American Indie Film (2014), including analysis of the role of the internet as a new channel of distribution.

His more recent work focuses on the way particular forms of cultural value are attributed to different kinds of film, a theme of Quality Hollywood: Markers of Distinction in Contemporary Studio Film (2016) and  Postitioning Art Cinema: Film Cultural Value (2019). The latter offers a ground-breaking approach to the study of the manner in which international art cinema is characteristically positioned and accorded certain kinds of value. He latest book is is The Cinema of Discomfort: Disquieting, Awkard and Uncomfortable Experienes in Contemporary Art and Indie Film (2022).

Prof. King’s earlier work focused more closely on Hollywood, both generally and particularly in relation to the contemporary blockbuster format, and film comedy. His book Spectacular Narratives: Hollywood in the Age of the Blockbuster (2000) remains a key intervention in debates about the relationship between narrative and spectacle in the contemporary blockbuster format. He has also published collaborative books with Tanya Krzywinska on science fiction cinema and videogames (for details of these and other publications, see publications list). In another life, he worked as a journalist, combining this part-time with undergraduate and postgraduate study before becoming a lecturer at Brunel in 1998.

Geoff King is currently Postgraduate Research Student Director for the Department of Arts and Humanities. He is also research lead for Film and TV Studies