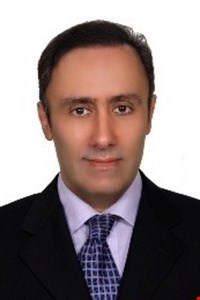 Hamid Bahai received his PhD degree in 1993 in Computational Mechanics from Queen Mary College, University of London. Between 1993 and 1995 he worked as a Senior Research Engineer at T&N Technology where he was involved in research and development work on a number of projects for the automotive and aerospace industries. This was followed by a period at Halliburton Inc during which time he carried out design and analysis of a number of major offshore structures. In 1996 he moved to the aerospace industry by joining Astrium, an aerospace subsidiary of European Aeronautics Defence and Space company, where as a senior scientist, he played a leading role in conducting design, mathematical modelling and computational analysis of Euro3000 space craft structures and Ariane launcher / spacecraft adapter. It was during this period that he was made a Fellow of the Institute of Mechanical Engineers for his technical contributions and services to the scientific and engineering communities.

In 1998 he returned to academia and joined Brunel University as a lecturer. He was promoted to Senior Lecturer in 2004, Reader in 2005 and Professor in Computational Mechanics in 2009. He has led a number of research projects covering a wide range of topics in the area of Computational Mechanics and has published over 140 papers on various themes in the field. In 2014 Hamid Bahai was appointed as the Head of the newly formed Department of Mechanical, Aerospace and Civil Engineering at Brunel University London and in 2019 was appointed as the Director of Brunel’s Institute of Materials & Manufacturing.

Hamid Bahai’s many theoretical and applied contributions include the development of a new type of non-linear shallow shell strain based finite element and a novel inverse eigenvalue formulation for optimising the vibratory behaviour of structures. His current research interests include development of non-linear finite element formulations and algorithms for fluid-solid interaction and multi-scale continuum-particle numerical simulations. He acted as principal investigator and the chair of government and industrial jointly funded consortiums to work on a high performance computational fluid-solid coupled structural analysis projects. The output of a number of analytical models developed by Hamid Bahai and his co-workers have now become international benchmarks in the scientific community and industry.

He has conducted consulting work in the field of structural integrity for many UK and International companies and has given invited talks and courses the world over on various topics in structural computational mechanics. He is the Editor-in-Chief of the European Journal of Computational Mechanics.