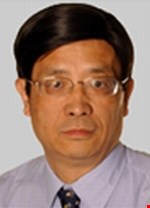 Jinsheng joined Brunel Design as a Lecturer in Design in 2003. He is a Chartered Engineer (CEng), Member of IMechE, and Fellow in The Higher Education Academy. He obtained his BEng degree in Mechanical and Manufacturing Engineering in China in 1982 and his PhD degree in Mechanical Engineering in the UK in 2001. After completing his PhD, he was a Postdoctoral Research Fellow in Bournemouth University from 2001 to 2003 before he joined Brunel University London.