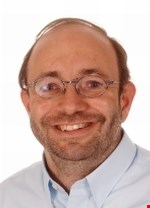 Standard reaction-diffusion systems allowing for pattern formation have two components and they can be of two different types:

Considering large systems (with a least three components) allows for new patterns which are not possible for simple two-component systems.

A spike is a local concentration point of high concentration of at least one of the components in a reaction-diffusion system. Spikes for large systems have been established in the following examples:

In these studies particular attention has been drawn to the existence and stability of multiple spikes. In all cases it is possible to have stable spikes.

Thus a few results have been achieved but these seem just to scratch the surface. Therefore in this project we will explore the wider implications of considering large systems for pattern formation.

Naturally, in a biological context the systems have many hundreds or even thousands components and it is very challenging to reduce them to smaller systems to understand the underlying phenomena and filter out the most important ones. We follow the opposite approach by starting from simple, possibly minimal, systems and then study more complex phenomena by adding more components and incorporate further features.

A spike clusters consists of a group of spikes which are all positioned near the same point. A few results have been derived recently about spike clusters which can be stable in certain biological systems. In particular, for the Gierer-Meinhardt system which is of activator-inhibitor type it has been established that stable spike clusters are possible in the following situations:

Further, it has been derived in earlier work that a stable spike cluster is possible in a tritrophic foodchain model which consists of spikes of two different length scales.

These are just some initial case studies and it seems that stable spike clusters are possible in a much wider context. In this project we will consider stable spike clusters which are facilitated by a novel combination of interactions and will aim to establish more generally their importance for pattern forming processes.

The following features seem to be fundamental to stable spike clusters:

There are three different length-scales in the problem:

Spike clusters are of strong biological relevance since they can model a hierarchical process (pattern formation of small-scale structures induced by a pre-existing large-scale inhomogeneity).

Therefore these results will have applications in a wide area of biology and medicine, e.g. embryology, plant growth, neuroscience and the cardiovascular system.

Further information about these research projects can be found in the following reference.