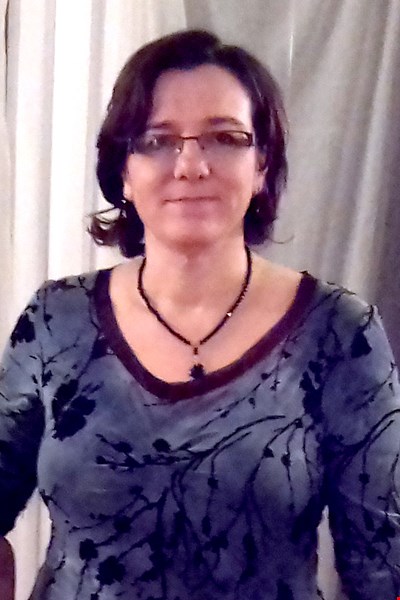 Estrogen, progesterone, and HER2 receptor-negative (triple-negative breast cancers TNBC) encompass the most clinically challenging subtype for which targeted therapeutics are lacking.  To identify critical therapeutic targets, a better understanding of the biology of triple-negative breast cancer is therefore needed.
We have identified a phosphatase complex CDCA2/PP1 that acts as an epigenetic modifier and it is overexpressed in breast cancer cells, more specifically in TNBC, and its overexpression correlates with bad prognosis. Interestingly, depletion of CDCA2 in the TNBC cell lines blocks the ability of these cells to proliferate in wound healing assays suggesting that decreasing CDCA2 level could be an avenue for therapy. However the detailed molecular mechanisms for this are not known.

The project aims to identify the molecular pathways that are controlled by CDCA2 in TNBC and to develop small molecules or cyclic peptides that interfere with the formation or activity of this complex. For this, the student will use biochemical and molecular biology tools to identify the key molecules that are subjected to differential regulation in TNBC cells (Mass spectrometry and Reverse Phase Protein Array) before and after depletion of CDCA2.
In collaboration with Prof Manfred Auer at Edinburgh University, the student will use a phage display library to isolate cyclic peptides that bind specifically to the complex and then will test their efficacy on arresting proliferation of TNBC cells.

Repo-Man function in embryogenesis and differentiation

Repo-Man (CDCA2) is a Protein Phosphatase 1 (PP1) targeting subunit that has been shown to be an important regulator of cell division. Recent studied from our laboratory have also shown that that Repo-Man is important for the correct assembly and maintenance of heterochromatin by an epigenetic mechanism. Since genome-wide profiling of pluripotent cells and differentiated cells suggests global chromatin remodelling during differentiation which results in a progressive transition from a fairly open chromatin configuration to a more compact state, we want to address the importance of this complex during early embryogenesis using zebrafish as a model system.

The aim of the project is to knock-down CDCA2 in zebrafish and analyse the early development  by imaging and immunofluorescence staining.  The student will conduct both whole animal gene knock out or tissue-specific gen knock-out selecting the tissues where CDCA2 is highly expressed in adults. Moreover, the in vivo function of this complex will be investigating by generating specific mutants using the newly developed CRISPR/Cas9 mediated genome engineering.

The effect on genome behaviour of growing cells in 3D matricies

There has been a small amount of evidence in the literature that growing cells in 3D scaffolds instead of 2D monolayers alters genome behaviour and organisation such that nuclear structure is altered and consequently chromosome behaviour. Understanding such changes i.e. chromosome and gene position, nuclear structure organisation and function, chromatin movement and chromatin modification (epigenome) will provide greatly needed data to the cell biology field on whether to change their cell culture habits.

The project will involve growing young and aged cells in different 3D matricies to ask whether chromosome and gene position is altered, is the epigenome and the transcriptome affected and what happens to nuclear structures that anchor and influence chromosomes such as nucleoli, nuclear lamins, the LINC complex, the nucleoskeleton and how genes and chromosomes are moved after external stimuli such as changes to temperature and availability of nutrients. A range of techniques will be used such as super-resolution bioimaging, real-time imaging, fluorescence in situ hybridisation, real-time PCR, chromatin immuno-precipitation and sequencing.

Inducing the reversal of cellular ageing in model cell systems

As normal cells age they can only go through a finite number of cell divisions. Once they have achieved this they become irreversibly growth arrested known as replicative senescence. The transcriptome and epigenome are altered in senescent cells, as is the nuclear organisation and function. Can these mechanisms and structures be interfered with to work towards reversing
senescence and inducing cells to re-enter the proliferative cell cycle?

Initially the candidate will study differences between different types of growth arrest i.e. quiescence, stress induced premature senescence and replicative senescence using super-resolution bioimaging, chromatin analysis, transcriptome and genome behaviour. Senescent cells will be induced to replicate again by altering their access to specific factors – these replicating senescent cells will also be compared to the other arrested cells. Strategies will be developed to push these cells further to enter mitosis and divide.