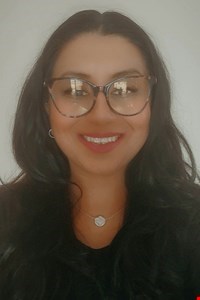 Sarmin’s research interests lie mainly in the following areas: 1) Learning technologies and adoption of technologies in education, computing, with a particular focus on tools for modelling and simulating such adoption contexts 2) Mathematics and Mathematics Teacher Education – with a focus on ‘understanding mathematics in depth’ 3) Engineering Education – with a focus on the uptake of engineering initiatives and progarmmes in school education and its impact on students’ engineering study/career choices. Further details of these interests and how they have been explored so far, details of relevant funding bodies, co-researchers/collaborators (both national and international) involved and publications/reports which have resulted from such works are as follows:

Sarmin’s doctoral research resulted in the construction of a Fuzzy Cognitive Map (FCM) model of ICT adoption in schools. The model was constructed in the mathematical programming language Matlab®. Her thesis is titled “Modelling Educational Software adoption in schools”. Her previous research in the area includes: Identifying and analyzing roles of stakeholders in the school educational domain. Identifying issues surrounding the problematic adoption of educational ICTs and conducting empirical studies, this resulted in her Masters Dissertation. 2. Exploration of applications of machine learning in simulation research for project titled ‘Machine Learning in Simulation Research: Methodology and Applications’. Her research subsequently focused on FCM and Simulation Modelling as tools for use within the Information Systems (IS) domain. This resulted in a report on the exploitation of FCMs in IS which was submitted to the Brunel Research Initiative and Enterprise Fund award.

Sarmin is interested in extending her doctorate work to exploring and modelling digital technologies in the mathematics classrooms and exploring the integration of ICT across other curriculum subjects.

Sarmin is currently Co-Investigator with colleagues at Brunel on a large-scale European project “Mentoring for School Improvement (MenSI) project” which involves the European Schoolnet (EUN) and work with six of its supporting 33 Ministries of Education to carry out a pan-European investigation into how different approaches to mentoring can support the mainstreaming of innovative ICT-based teaching practices in primary and secondary schools.

Sarmin has worked on the QUANTUM-UK project, led by Professor Jill Adler (Kings College London and University of Witswatersrand). This scoping study was funded by Kings College London. The study extended from a project in mathematics teacher education in South Africa looking at the qualifications for teachers under-qualified in mathematics. The scoping study explored the UK context and found some similarity between programmes in South Africa (SA) and UK’s Mathematics Enhancement Courses (MEC). This led the research team to investigate the MEC as an alternative route into teaching and through this explore ‘Mathematics Knowledge for Teaching’ with a focus on Understanding Mathematics in Depth. The research team included collaborators from Liverpool Hope, Manchester University and University of East London.The works have resulted in various conference presentations and journal publications.

Sarmin has worked on a scoping study funded by the Nuffield Foundation, led by Professor Mike Askew and Dr Jeremy Hodgen (Kings College London). The scoping project identified and provided an overview of research in countries with high mathematics attainment. This resulted in a report titled Values and Variables: Mathematics Education in High-Performing Countries which was submitted to the Nuffield Foundation and is available online.

Sarmin has worked on a systematic review titled Systematic Review of Education for Engineering and Interventions for Engineering Education within STEM-related Developments in the UK, led by Professor Peter Kutnick (Hong Kong University) and Dr David Good (University of Cambridge). The review was funded by the Royal Academy of Engineering. It was concerned with examining studies which have evaluated existing/previous engineering education interventions; to systematically identify the qualities and outcomes of these initiatives (which promote engineering formally and informally among school-aged children); to identify a range of pedagogies used within engineering (educational) interventions. The report was submited to the Royal Academy of Engineering and resulted in conference paper/presentation.

Sarmin has also been involved in the study/project titled A cross-sectional study of effects on perceptions and actions towards engineering education as a result of interventions within LEP schools. The other proposers of this study include Dr David Good (University of Cambridge), Professor Peter Kutnick (Hong Kong University) and Heather Hawthorne (Royal Academy of Engineering). The study was funded by the Royal Academy of Engineering. This was a tracking/cross-sectional study focusing on the number and type of engineering activities that have taken place in particular schools as part of the London Engineering Project. This study is concerned with exploring the extent of particular pupil involvement (as opposed to general number attending events) with these engineering initiatives; impact on pupils with regard to their age and involvement; teacher and staff views of particular aspects of the programme with regard to pedagogy and materials; identification of which parents have been involved; and relationships to technical/higher education career aspiration/choice.