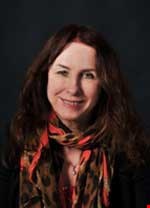 I am Professor Emeritus and Hononary Professor in the Department of Arts and Humanities. I have been at Brunel since 1999 and gained a Chair in 2008. My original degree (for which I gained First Class Honours) and Doctorate were both in English and Comparative Literature from Murdoch University, Western Australia. However, for many years my research has focussed on Experimental Drama. I was a founder of the Body, Space & Technology Research group at Brunel, which since evolved into the Centre for Contemporary and Digital Performance.

I have published two monographs, four edited collections and several papers on Performance, chiefly in relation to experimental performance, live art, dance, music, film, aesthetics, neuroesthetics, technology and bio-technology and am co-editor of the EBSCO indexed Body, Space & Technology Journal (Open Library of the Humanities), now in its 22nd year of publication. Again, I am co-editor for Palgrave 'Studies in Performance and Technology'.  I have also created performances which have been realised in art and theatre spaces in London.

I have been part of various collaborations, internal and external to Brunel, with different interdisciplinary combinations, including: Engineering, Design, Psychology, Biology and Bioengineering; many of these have led to funding submissions. One of my collaborations was with the London Knowledge Lab, University College London, the Royal College of Arts and the London College of Fashion for a project titled: 'Border-Crossing Digital Arts and Social Science: New Methodological Approaches to Embodiment' which received funding from the ESRC.

As well as presenting key notes and conference papers at various international events, I have been invited to present keynotes at multiple conferences and media festivals. Again, I am the Chair of the Digital Research in the Arts and Humanities Organisation which presents annual international conferences centring on this area of research. I was also Programme Chair for several of these events, organising conferences at Cambridge (2008), Queen’s University Belfast (2009), and I helped organise DRHA (2011) at Ningbo, the Shanghai affiliate of Nottingham University, University of Winchester (2013), University of Greenwich in September (2014), Dublin City University (2016), University of Plymouth (2017), Spazju Kreattiv in Valletta, Malta 2018, and Watermans Art Centre, London, hosted by the Central School of Speech and Drama and the University of Greenwich (2019). I also convened the Conference at Brunel London (2010). In 2021, we had our first fully online Conference, due to Covid, at the Digital Curation Lab, Media CityUK, University of Salford. The following year (2021), a hybrid Conference was held at the Humboldt University in Berlin and in 2022, a mainly on site with one digital day Conference was held at Kingston University London. Next year we are back to a fully on site Conference, and it will be held at the University of Turin in Italy.