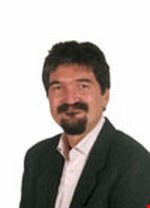 I am interested in working with bright and motivated in a variety of areas:

- Musemedia and multimedia based production, distribution and rendering

- Quality of Experience and perception-based modelling

- Human computer interaction and integration of human factors in e-systems

Intelligent, ‘human-like’ applications, 3D games, and interfaces are becoming more common in our everyday lives, and as an important area of focus within the fields of Multimedia / Human-Computer Interaction research. Such applications may often use a multitude of sensor-based techniques informed by, for example, affective wearables, user physiological responses, facial expressions, gestural inputs, natural language inputs, location-based context-based information to enable such applications to interact intelligently with the user. Whilst a multitude of commercialised examples of such applications have begun to permeate our daily lives, for example in the form of smart phone assistants (e.g. Siri), home-robot assistants, smart home hubs, self-driving cars, mixed reality wearables, little effort has been invested into exploring the potential of using such technologies specifically to make a positive impact on people’s lives within the health and education domains. There is a need to explore the value of designing, developing and applying such applications within the education and healthcare space. Hence, we invite applications from candidates that have an interest in the area of intelligent human-like computing and exploring the potential of designing, developing, and evaluating prototype applications within the education and healthcare domain. Candidates should have good software/prototype design and development skills. Experience of carrying out user-centred research and collecting and analysing both qualitative and quantitative data is also desirable.

Traditionally, scientometric/text-mining approaches have treated the content of scientific articles and their citations as distinct units of analysis. The term “citation context” refers to an approach where citations to are not simply counted but where the texts around them are taken into account in order to understand and exploit the motivations and knowledge underpinning citing behaviour. Previous work, for instance, has used citation contexts to enrich term vectors for article clustering (Aljibar et al., 2010). Other work has measured the proximity and order of appearance of citations within documents as a means of recommending related work (e.g. Gipp & Beel, 2009) and enriching co-citation analysis in other applications (Callahan et al., 2010). As scientific article and citation data become more open, there are many opportunities to investigate problems and applications in this under-researched area. We invite applications from candidates with an interest in citation context analysis or closely related areas.

Mulsemedia - multiple sensorial media - makes possible the inclusion of layered sensory stimulation and interaction through multiple sensory channels. The recent upsurge in technology and wearables provides mulsemedia researchers a vehicle for potentially boundless choice. However, in order to build systems that integrate various senses, there are still some issues that need to be addressed. One of these is that of design guidelines, which need to be further developed. Given the diversity of multisensory technologies and experiences, we expect these to be centred around paradigms that can propose ways to work with mulsemedia content and which can be applied to multiple devices in a class and the PhD will focus on exploring and identifying best practices in working with multisensory digital content.