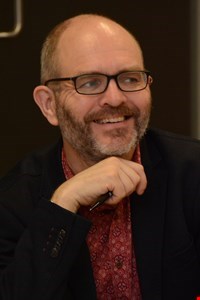 I am a social anthropologist with a regional interest in South Asia and a long-standing fascination in how bodily differences are experienced, socially and viscerally, that continues to shape my work. I return regularly to the South Indian leprosy colony I have been visiting since 1984 to pursue ongoing fieldwork that has taken me in several directions, including a study of suicide; ongoing work on food and social mobility; and the writing of a detailed biographical account of a leprosy-affected man’s life. My current project explores how beef-eating Christians, Muslims and Dalits in South India are experiencing the State's clampdown on cattle slaughter, alongside vigilante attacks from cow-protectionists.

This project develops my existing work on food in South Asia by documenting and then analysing how major socio-economic and ecological changes in the region – beginning with the Green Revolution in the late 1960s and continuing through the liberal economic reforms of the 1990s and beyond – also transform how people consume and relate to food on an everyday basis. In particular, through life history interviews and participant observation I aim to explore how the people I work with in rural and small-town South India, often on the peripheries of what was described as an ‘emergent middle class’, utilise food and dining relationships to assert positive identities and affect social mobility.