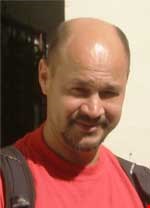 I am interested in popular film and alternative political film traditions (especially Third Cinema), media studies and film production. I main methodological tools for approaching film and media is through the rich and complex history of Marxism. I am especially interested in the cultural questions that Marxism helps us to pose and the links between culture, politics and education (in the broad sense of everyday learning and reflection). I have also made three feature length documentary films.