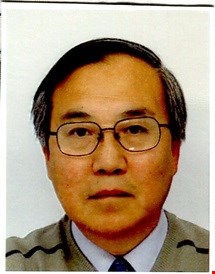 Dr Ruiheng Wu received his BEng and MEng degrees from Tianjin University, China, in 1982 and 1986 respectively. Following 10 years as a faculty member in the Department of Electronic Engineering at Tianjin University and two years research at the City University of Hong Kong, he joined the Analogue Circuit Design Research Group at Oxford Brookes University as a PhD student in January 1999, where he completed his PhD thesis entitled 'Design of Wide Bandwidth High Linearity Amplifiers'. In January 2002, he joined the School of Engineering, University of Greenwich, where he worked as a senior lecturer until January 2018. Between January 2018 and January 2020, Dr Wu worked in the School of Engineering and the Built Environment, Birmingham City University. Currently, Dr Wu is a senior lecturer in electronic and electrical engineering, Department of Electronic and Computer Engineering, Brunel University London. Dr Wu is a senior member of the IEEE and a member of the IET.