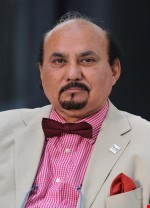 Hamed Al-Raweshidy is professor of Communications Engineering and has been awarded BEng and MSc from University of Technology/Baghdad in 1977 and 1980 respectively. He completed his Post Graduate Diploma from Glasgow University/ Glasgow/ UK in 1987. He awarded his PhD in 1991 from Strathclyde University in Glasgow/UK. He was with Space and Astronomy Research Centre/Iraq, PerkinElmer/USA, Carl Zeiss/Germany, British Telecom/UK, Oxford University, Manchester Met.University and Kent University.

Professor Al-Raweshidy is currently the Director of the Wireless Networks and Communications Centre (WNCC) and Director of PG studies (ECE) at Brunel University, London, UK.

He is a member of several International Conference Advisory Committees and Technical Program Committees such as VTC, PIMRC, GLOBECOM, WPMC and IST. He has organised several Workshops on Wireless Technology in Europe and Japan. He is on the EPSRC peer Review College /UK and Review Panel for EU Commission, Hong Kong and Cyprus. He has been invited to deliver research lectures in Delft University (Holland), Chalmers University (Sweden), University of Valenciennes (France) and Aalborg University (Denmark). He is PhD external examiner for several British universities such as Oxford, UCL, Leeds, Kings College, Cardiff, New Castle, Strathclyde and Surrey.

He is a member of NETworld 2020 Network which is the top Technology Platform in Europe and it advise European Commission for research directions in communications for the next 10-15 years. He has been invited to give a lecture at EU Commission (Future Internet/2010), Photonics21/ 2010 in Brussels. He is an MSc course external examiner for Kings College London / University of London. He is a reviewer for several Governmental Agencies such as Cyprus, Greece, Holland, UK and Hong Kong.

His current research area are beyond  5G and 6G such as C-RAN, Near and Far Edge, IoT with AI, M2M and Radio over Fibre.