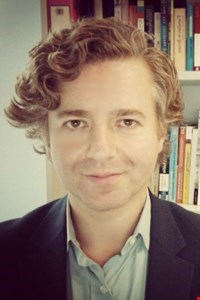 Mustafa F. Özbilgin is a Professor of Organisational Behaviour at Brunel Business School, London. He also holds two international positions: Co-Chaire Management et Diversité at Université Paris Dauphine and Visiting Professor of Management at Koç University in Istanbul. His research focuses on workplace equality, diversity and inclusion from comparative and relational perspectives.  He has conducted field studies in the UK and internationally, and his work is empirically grounded. His research is supported by international and national grants from the ESRC,  EPSRC, EU Horizon2020, CIPD, ACE, ACCA, and British Academy. His work focuses on changing policy and practice regarding workplace equality and diversity. He is an engaged scholar, driven by values of workplace democracy, equality for all, and humanisation of work.
He has authored and edited more than 20 books and published over 200 papers in academic journals such as the British Medical Journal, Academy of Management Review, Academy of Management Learning and Education, Journal of Management Studies, British Journal of Management, Journal of Vocational Behavior, Human Resource Management, Human Relations, Gender Work and Organization, and Social Science and Medicine, among others.
He has conducted research, consultancy and training at a large number of organisations, including the House of Commons, Barclays Bank, The Bank West Australia, Google, Halifax, the CIPD, the National Health Service, the NHS Employers, L'Oreal, Tesco, the Probation Services, The UK Fire Service, the Economist Research Unit, the OECD, the WRVS, DTI, Rio Tinto, PwC, Linklaters and ACCA.
He served as the editor-in-chief of the European Management Review (EMR), the official journal of the European Academy of Management (EURAM), from 2014 to 2018 and as the editor-in-chief of the British Journal of Management, the official journal of the British Academy of Management, for four years from 2010 to 2014. He is currently serving on the editorial boards of over 20 journals internationally.
He currently holds the following editorial roles:
Book Series Editor:
Equality Diversity and Inclusion: international perspectives (Emerald Press)
Associate editor:
Frontiers in Psychology
Frontiers in Sociology
Member of the Editorial Board:
Academy of Management Learning and Education (AMLE)
British Journal of Management
Journal of Management Studies
Equality Diversity and Inclusion: an International Journal (Emerald Press)
He served as the editor-in-chief of the journal, Equality, Diversity and Inclusion: an international journal (Emerald Press) between 2006 and 2010.
He is the founder of Equality, Diversity and Inclusion: an international conference (EDI). The EDI conference was established in 2008 and has travelled to 14 different countries to date across four continents:  www.edi-conference.org
Mustafa Ozbilgin is a member of the Reform Club:
http://www.reformclub.com
Mustafa Ozbilgin is also on:
LinkedIn: http://uk.linkedin.com/in/ozbilgin
Twitter: http://twitter.com/#!/Ozbilgin
Scholar citation: http://scholar.google.co.uk/citations?user=7a0xI50AAAAJ&hl=en

Samdanis, M. and Ozbilgin, M. (2019) 'The Duality of an Atypical Leader in Diversity Management: The Legitimisation and Delegitimisation of Diversity Beliefs in Organizations'. International Journal of Management Reviews, 22 (2). pp. 101 - 119. ISSN: 1460-8545 Open Access Link