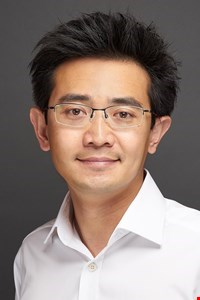 Eujin plays a central role in Brunel Design as the Programme Director for BSc Product Design Engineering. He teaches second year undergraduates as Module Leader for Design Process Two and supports other subjects across the curriculum. Eujin believes in "Learning by Doing" that is achieved through practice and learning from experience. To establish this, industry projects are embedded in the curriculum to create a real-world learning experience for his students. Eujin worked as a Senior Lecturer in Product and Furniture Design at De Montfort University from 2010-2014 and played a key role in the re-accreditation of the BSc Product Design programme for the Institution of Engineering Designers, and was also the Subject Champion for the MA Design Programme. As a testament of his teaching excellence, he was nominated for the Vice-Chancellor’s Distinguished Teaching Award in 2014, and nominated for the Lecturer of the Year Award in 2019. In 2019, Eujin was recognised as the PhD Research Supervisor of the Year in Brunel University London.

Eujin is the Director of Postgraduate Research at Brunel Design. He strives to ensure that the quality and standards of the educational provision offered by the Department for PhD students are met. He was appointed as External Examiner for the University of East London's BSc Product Design Programme in 2017; and appointed as External Examiner for Cranfield University's MSc in Metal Additive Manufacturing Programme in 2019. He has examined postgraduate and doctoral work for Cranfield University's Centre for Competitive Creative Design (C4D) (UK), Cardiff Metropolitan University (UK), Aalto University (Finland), Ecole Nationale Supérieure d’Arts et Métiers (ENSAM) (France), Vaal University of Technology (South Africa), Universiti Teknikal Melaka (Malaysia); as well as an internal PhD Examiner at Brunel University London. In 2018, Eujin was appointed as a Visiting Erskine Fellow at the University of Canterbury in Christchurch, New Zealand, working with Professor Conan Fee to establish Design subjects within the newly formed School of Product Design.

As Module Leader for Design Process Two, Eujin has developed a range of exciting and original industry briefs, working closely with clients and mentoring students to deliver innovative and commercially-viable design solutions. Recent examples of  students' work that have been mass produced and commercialised include: Sophie Skinner's (Level 2) concept from the Industry Project with Flair Leisure Products Ltd. that was put into full production in 2017; Oliver Lambert's (Level 2) concept from Project Zero with Bubblegum Stuff Ltd. was put into full production in 2018. Katie Price and Valentina Demarchi (Level 2) in collaboration with Xicato Ltd. have had their Lighting projects exhibited at "Light + Building" which is the world’s leading trade fair for lighting and building services technology in Frankfurt (2018). Jennifer Wong's (Level 3) final year project was recognised with the top prize in the Heatrae Sadia Design Award (2017). More recently, Anil Puri's final year project, Pet Calm received funding to be developed as a commercial product. Above: Jack Biltcliffe's Major Project was to build a 3D Printer fully capable of forming objects using Portland Stone material. The fully working electro-mechanical prototype was built from scratch. Time was spent to understand the material rheology and to develop the mechatronics of the system. This was a collaborative project with the Portland Stone Quarry and A-Studio. Jack graduated in 2016. First supervisor: Eujin Pei Above: Rebecca Churn's major project was a collaboration with Wow! Stuff to design and build a toy hydrogen rocket. The fully working electronic prototype was built from scratch. Rebecca spent time with the chemistry lab to understand the electrolysis of water and to separate the gas mixture safely to propel the rocket. An understanding of electronics was critical for the design of a tipover switch and the use of dual Monostable Multivibrators as a timer for the electrolysis process and to activate the launch countdown. Rebecca graduated in 2016. First supervisor: Eujin Pei Above: Suzanne Robinson collaborated with Plum Products to redesign an outdoor swing seat that could be adapted to the physical growth of children as well as to add value with an engaging toy. The emphasis for this project was human factors and child safety. A well designed fastening system allowed accessories such as the T-bar and a back-rest to be added or removed on demand. Suzanne graduated in 2017. First supervisor: Eujin Pei Above: Emilios Farrington-Arnas developed a navigation tool for the visually impaired to assist users through the use of a tactile/haptic response rather than sound. The fully working electronic prototype was built from scratch. The discretion of the product was achieved by miniaturising the electronics into wearable products to improve styling and avoid social stigmatisation. Plenty of empathy testing and the use of simulation glasses, as well as several iterations of electronics testing using ultrasonic sensors was developed for this project. Emilios' work is on display at the Cooper Hewitt Smithsonian Design Museum. He graduated in 2017. First supervisor: Eujin Pei Above: Alex Francis developed a novel security key system as a tamper-proof seal. The fully working mechanical prototype was built from scratch. Central to this project was the use of specially treated 4D Printed material in which a specific temperature would be required to disengage the lock. The use of 3D Printing could allow for an infinite number of shapes to be randomly generated so that no single key would be exact. This project was undertaken in collaboration with BAE Systems Applied Intelligence. Alex graduated in 2017. First supervisor: Eujin Pei Above: Jinghua Li experimented with the use of the shape memory effect of 4D printed parts to design a self-locking wing system in which a single printed part can perform transformations without the need for actuators and linkages. This allows weight and space to be saved, thereby simplifying the overall structure of the drone. The fully working mechanical prototype was built from scratch. This project was undertaken in collaboration with BAE Systems Applied Intelligence. Jinghua graduated in 2018. First supervisor: Eujin Pei Above: Thomas Mortimer developed a gesture input device using a system of Time of Flight (TOF) sensors that could create a gesture area of 1.2 by 0.5m. This input device was designed to be compatible with existing electronics in the home such as lighting systems. The fully working electronic prototype including a custom designed circuit board and optimizing the plastic enclosure using CAD and FEA was conducted. Tom graduated in 2019. First supervisor: Eujin Pei Above: Ajharul Choudhury developed a portable air quality monitoring device that utilises two arduino based sensors that continuously monitors three airborne pollutants - volatile chemicals (VOC), carbon monoxide (CO) and particulate matter (PM). The system creates an overall rating out of 100 for the quality of air which is displayed in the LED colour rating from turquoise to red, as well as the specific air quality on the digital display. The system can also monitor specific pollutants and has been programmed to update every 20 seconds. The fully working electronic prototype was built from scratch. Ajharul graduated in 2019. First supervisor: Eujin Pei

All work and photos displayed on this page are copyright of respective students © 2019.