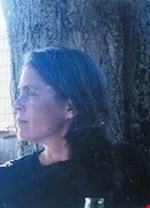 My area of research is the anthropology of political economies. In my most recent publication, The Function of Finance: An Ethnographic Analysis of Competing Ideas (2018) * I continue to explore my central finding of 2010 that for a range of economic elites in major global corporations, credit rating agencies and investment institutions, the global economy has ceased to be competitive. Moreover, and more importantly for these elites, its structure and dynamic does not fall under the terms of the competitive/monopoly opposition as set out by classical and Marxist economic theory. From their perspective, changes in fundamental principles of capital allocation during the 1970s yielded a third kind of dynamic structure which I describe in detail in this paper.

My current work focuses on how the new dynamic has changed the relation of labour to capital, and why the events that led to this change remain hidden from public view.

Wall Street at War: the secret struggle for the global economy (2010), translated into French in 2013,** was one publication emerging from four years of international fieldwork funded by CATL (1998-2001) under the auspices of the then Department of Accounting & Finance, London School of Economics. The final settlement of a dispute with the London School of Economics enabled funding for further research from 2002-2004. The book identifies a fundamental and unprecedented shift during the late 1970's in investors’ conception of risk and describes how the three major credit rating agencies are used by international investors to free the economy from the uncertainty that Frank Knight, John Maynard Keynes and Milton Friedman held to be intrinsic to market competition. The finding, well understood by financial and non-financial corporate leaders, runs counter to virtually everything we have been led to understand about the logic and structure of 21st century capitalism.

A previous work, ‘What is an Ethnographic Study?’ (Berg, 2001)***. drew on twelve months' fieldwork in three public service unions about to embark on the largest and most complex merger in British trade union history. I examined the historically specific values of the rank and file of each union, comparing these perspectives with the official rhetoric of their union leaders with the aim of   a) anticipating points of tension likely to emerge during and following the merger  b) contributing to the development of a democratic structure that would enable fair representation to all rank and file members. Fieldwork (1992-1993) was carried out in union branches across England, Scotland and Northern Ireland.

As a post graduate fellow at the London Business School, I examined the discontinuity between business theory and experience as understood by business executives taking part in the MBA programme.  Click here for my letter published in the Financial Times criticising the remit for academic research in business schools.

Acting as consultant to the Parliamentary and Scientific Committee of the House of Lords (1992), I analysed and reported on what were then seen as advances in Japanese management practices. Click here for an article on this project published in The Independent.

Earlier research focused on collectivities within one multinational corporation ( workers in three factories, their managers and executives) and how each collective perceives its relation to the other and to the economy as a whole (PhD, University of London, 1988). Some of the research results were published in Illusions of Rationality; false premises of the liberal tradition, Man, Vol.28, no. 2, June 1993.

I am also interested in ways in which anthropologists can use psychoanalytic insights to develop a theoretical understanding of the social reality of unconscious experience. The considerable problem of perceiving collective unconscious processes has been a central theme in my fieldwork. A critique of psychoanalysis as interpreted though liberal political philosophy appeared in The Journal of the Royal Anthropological Institute(1998).

***In Inside Organizations, Eric Hirsch and David Gellner (eds) Berg, 2001