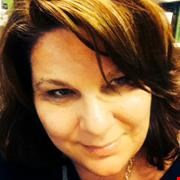 Alexandra is a leading expert on indigenous rights in international law. AMong her several publications, her monograph Indigenous Rights and United Nations Standards: Self-determination, Culture and Land (Cambridge University Press) is considered a reference source on the topic. In 2011 Alexandra co-edited Reflections on the Declaration on the Rights of Indigenous Peoples (Hart) and most recently, in 2017, Indigenous Peoples' Cultural Heritage (Martinus Nijhoff/ Brill). Her work has been cited repeatedly in United Nations documents and she has given keynote speeches around the world, including the Arctic Centre, Rovaniemi; the KL Bar, Malaysia; Trento, Italy; and London. She has worked closely with the UN Expert Mechanism on the Rights of Indigenous Peoples, the UN Special Rapporteur on Indigenous Issues, the ILO. Currently she is working with Minority Rights Group International on the rights of the Latin American community in the 7sisters re-development in Haringey, London. She has taught civil servants, indigenous leaders and activities in Vietnam, Pretoria, Kyiv, and London. She is a Senior Research Fellow at the Institute of Advanced Legal Studies (University of London).

Before she joined Brunel university, Alexandra taught in Keele and Liverpool. She has received the STAR award for her teaching and stduent support. She is a member of the Human Rights Faculty of the Centre for Continuing Education at the University of Oxford and has been an external examiner in several law departments, currently at Birkbeck.

Since October 2015, Alexandra leads the Athens Refugee Project, where she takes Brunel law students to Athens to volunteer in migrant and refugee sites, provide assistance and learn more on the refugee crisis in Europe from discussions with state authoriites, NGOs and IGOs. She has found invaluable partners in Maria Voutsinou from the Greek Ombudsman for Human Rights and Kenneth Hansen from Faros ('The Lighthouse'), an NGO on unaccompanied minors. Brunel University has received a congratulatory letter from the Greek state for this project. In 2017, Alexandra organised a series of academic multi-disciplinary events on Migrant and Refugee Rights in London (with IALS) and Athens.